In the hours after Nepal’s deadliest plane crash for 30 years, a video went viral in India – it showed one of the victims, Sonu Jaiswal, livestreaming from the plane just seconds before the crash.

He was part of a group of four friends from Ghazipur in India who were visiting Nepal, and were on the flight from Kathmandu to Pokhara. 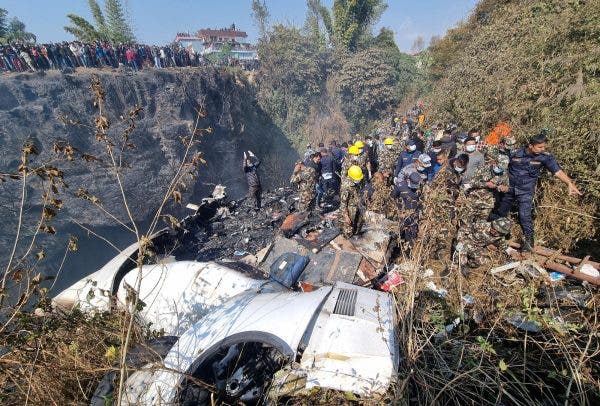 In the footage, Pokhara airport’s surroundings are visible from the doomed plane as it comes into land, those on board unaware they are just moments from death.

None of the 72 people on board are believed to have survived the crash.

The video shows the plane gliding gently over the honeycombs of buildings dotting brown-green fields, before the man filming it turns the camera around and smiles.

He then turns it around again to show other passengers in the aircraft.

Within seconds huge flames and smoke fill the screen as the camera keeps recording. What sounds like the screeching of an engine is audible, as well as breaking glass and then screams before the video ends.

Friends and family members of Sonu Jaiswal told reporters that they had watched the video on his Facebook account, confirming its authenticity.