Instagram comedienne, Amarachi Amusi aka Ashmusy, has denied being in a relationship with former senator, Dino Melaye.

The blog shared a photo mix of the trio and claimed that he is the one sponsoring their celebrity lifestyle.

The skit-maker however denied ever meeting or knowing Din Melaye personally and said the report was just to chase clout.

Ashmusy wrote; “Lies upon lies I don’t even know Dino personally. Never ever met him in my lifetime!!!! God forbid such a terrible lie. Just for clout.” 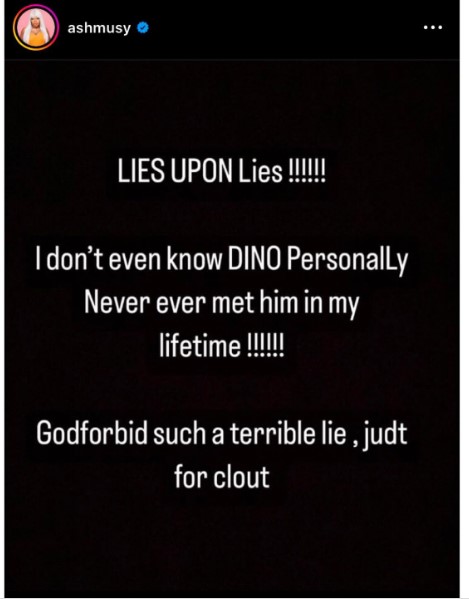