A Nigerian woman, Uduak Victor, has taken to Facebook to narrate how her father sent her mother packing for not conceiving a male child.

Uduak made this disclosure on Facebook while responding to a mother of four girls who sought the advise of netizens after her husband threatened to marry a second wife if she fails to give birth to a male child.

See the woman’s complaint below, 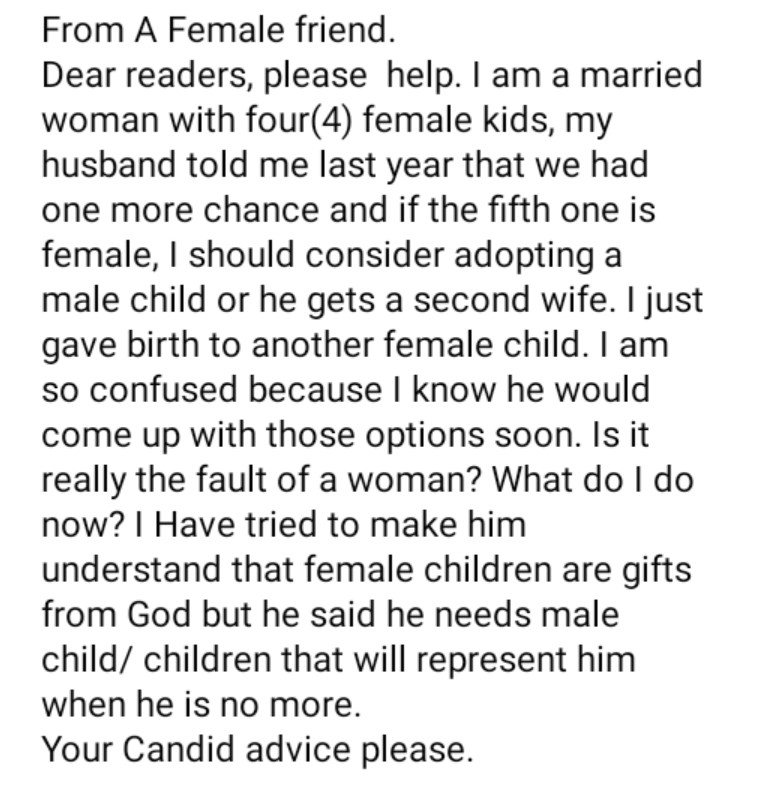