Skip to content
NEWS
16
SHARES
SHARE ON FACEBOOKSHARE ON TWITTER
One thing that has been positively consistent in Nigeria is the creativity and mass visibility that Nigerian creative talents are amassing while showcasing their endless well of creativity. 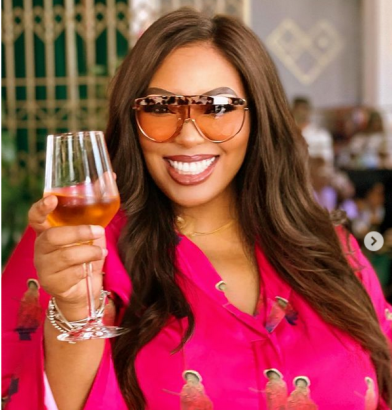 In recognizing that one can’t mention the entertainment industry in Africa without mentioning Nigeria, the 80th Golden Globes award has released their non-members international voting committee names ahead of the awards in January 2023.
Popular Nigerian media personality, Latasha Ngwube, has been appointed amongst other Africans and international personalities to be part of the 80th Golden Globes award non-member voting committee; this is a massive recognition for the Nigerian creative industry and Latasha.

Latasha Ngwube is a seasoned media personality who has had her footprints on traditional media such as Vanguard, This day newspaper, and The Will downtown, to name a few. The multifaceted talent is also the creative director of About that curvy life, a dynamic fashion movement for plus-size women in Africa. Latasha’s works featured on CNN, BBC, and Euronews, to mention a few.

Through the evolution of social media, Latasha has metamorphosed into becoming an influencer in her space, influencing Nigerian media and using her prowess as an excellent communicator and writer to tell incredible stories and share commentaries.

Given Latasha’s experience and wealth of Knowledge of the Nigerian and African Media industry, the Edo State Film Festival (ESIFF) appointed Latasha as the Director of Media and PR at the just concluded maiden edition of ESIFF, which recorded a massive success.