Popular crossdresser, James Brown has tendered a public apology to his father.

In a new post, James Brown has apologized to his father who revealed that the clip had caused him a high blood pressure.

He warned his son to be careful out there and be on the lookout for enemies.

James assured his dad that he wouldn’t give up but would return stronger. 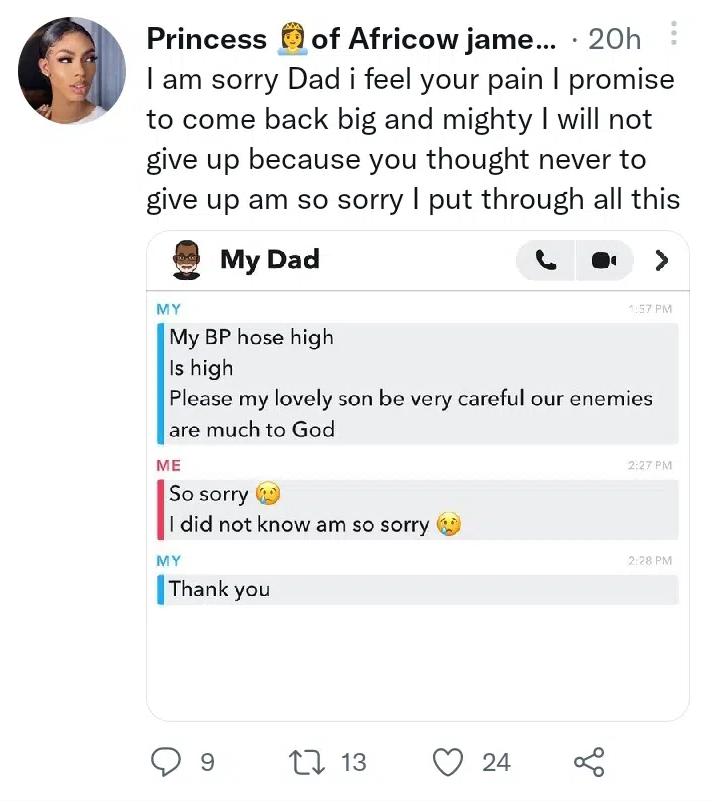