Controversial relationship adviser, Blessing Okoro, has unfortunately lost her Instagram account after stepping into case of late Bimbo and IVD.

The relationship expert was on a live session speaking on the late Bimbo and IVD’s case when her account suddenly disappeared.

This is coming shortly after she alleged that late Bimbo’s husband, IVD is innocent of the crimes levelled against him.

Blessing claimed Bimbo was the violent person in the relationship and had always wanted to end her life.

“I am stepping into the case as the official relationship therapist of IVD. Will drop all the evidence that IVD did not kill his wife or even hurt her”, Blessing claimed.

See screenshot and comments below: 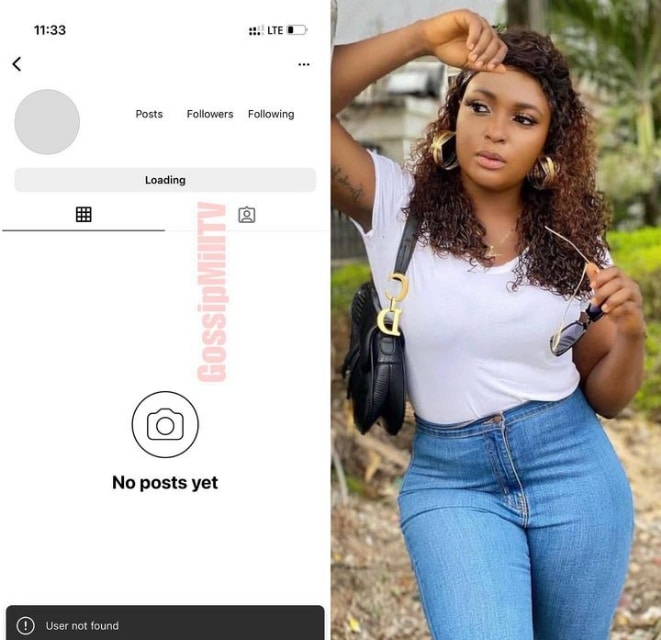 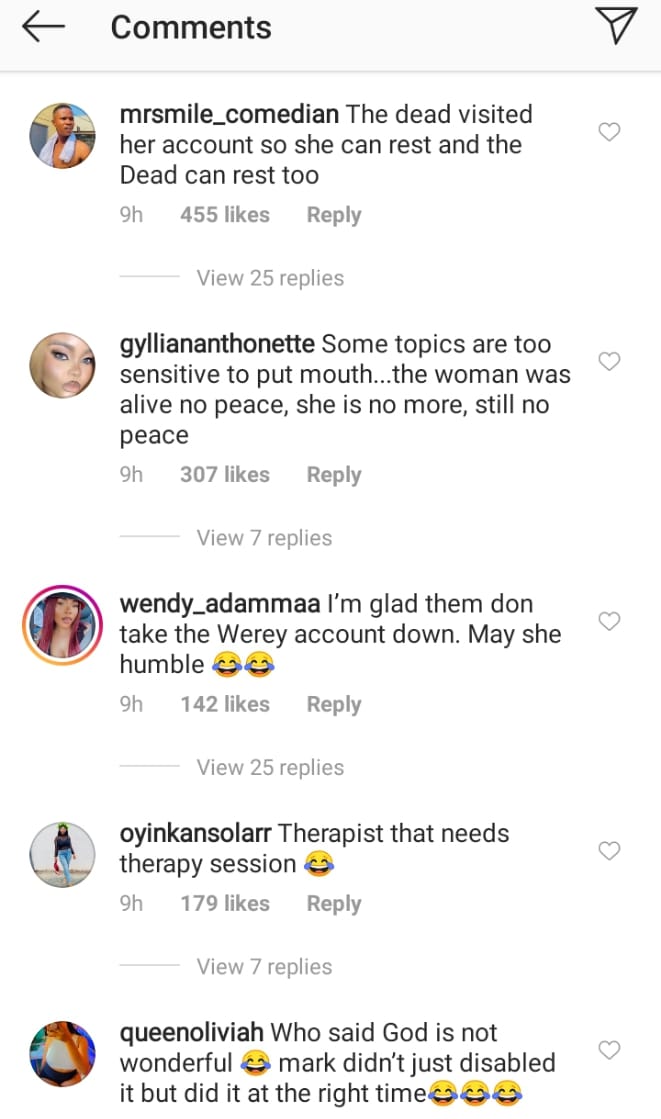