Brazilian mourners flocked into the Santos stadium Monday to pay their last respects to the country’s most iconic football player ever. Edson Arantes do Nascimento, Pelé, “O Rei” (The King) passed away last Thursday at the age of 82 due to complications from colon cancer.

Queues stretched for more than two kilometers around the Vila Belmiro stadium in Santos, where the funeral chapel was open to the public, who spent several hours under a scorching sun to see for a few brief seconds the lifeless body of the three-time world champion. 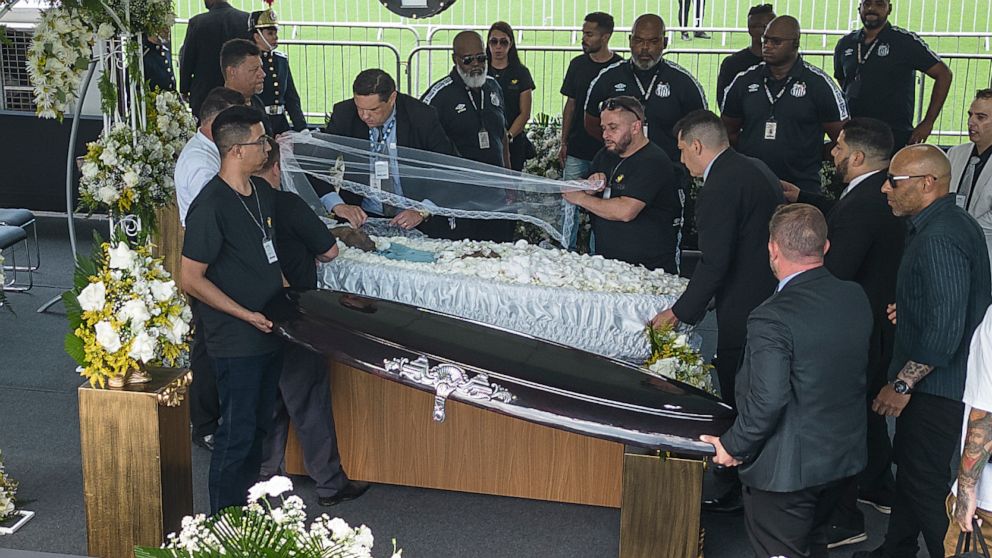 The coffin rested under a white tent in the center of the 1916-built Urbano Caldira stadium in the Vila Belmiro neighborhood of the Brazilian city of Santos.

The place was decorated with flags and posters honoring Pelé. Some 300,000 people were expected to attend the wake until 10 am Tuesday local time when the body is to be taken to the cemetery.

Fédération Internationale de Football Association (FIFA) President Gianni Infantino stressed that Pelé had “the good fortune to do something that very few people in the world can do: touch people’s hearts.” He also announced that he will propose to the national federations of all countries to name a stadium after the three-time World Cup winner (1958, 1962, and 1970).

“We are going to ask all federations around the world to name a stadium after Pelé. I think young people, future generations, have to know and remember who Pelé was and the joy he gave to the world,” Infantino said.

Pele will be buried in a private cemetery in Santos, a coastal city located 60 kilometers from Sao Paulo, where he is the greatest idol of the homonymous club with which he won two Libertadores and two Intercontinental Cups.