A man has been apprehended after he allegedly tried stealing a bottle of wine at a supermarket in Akwa Ibom to celebrate his birthday. 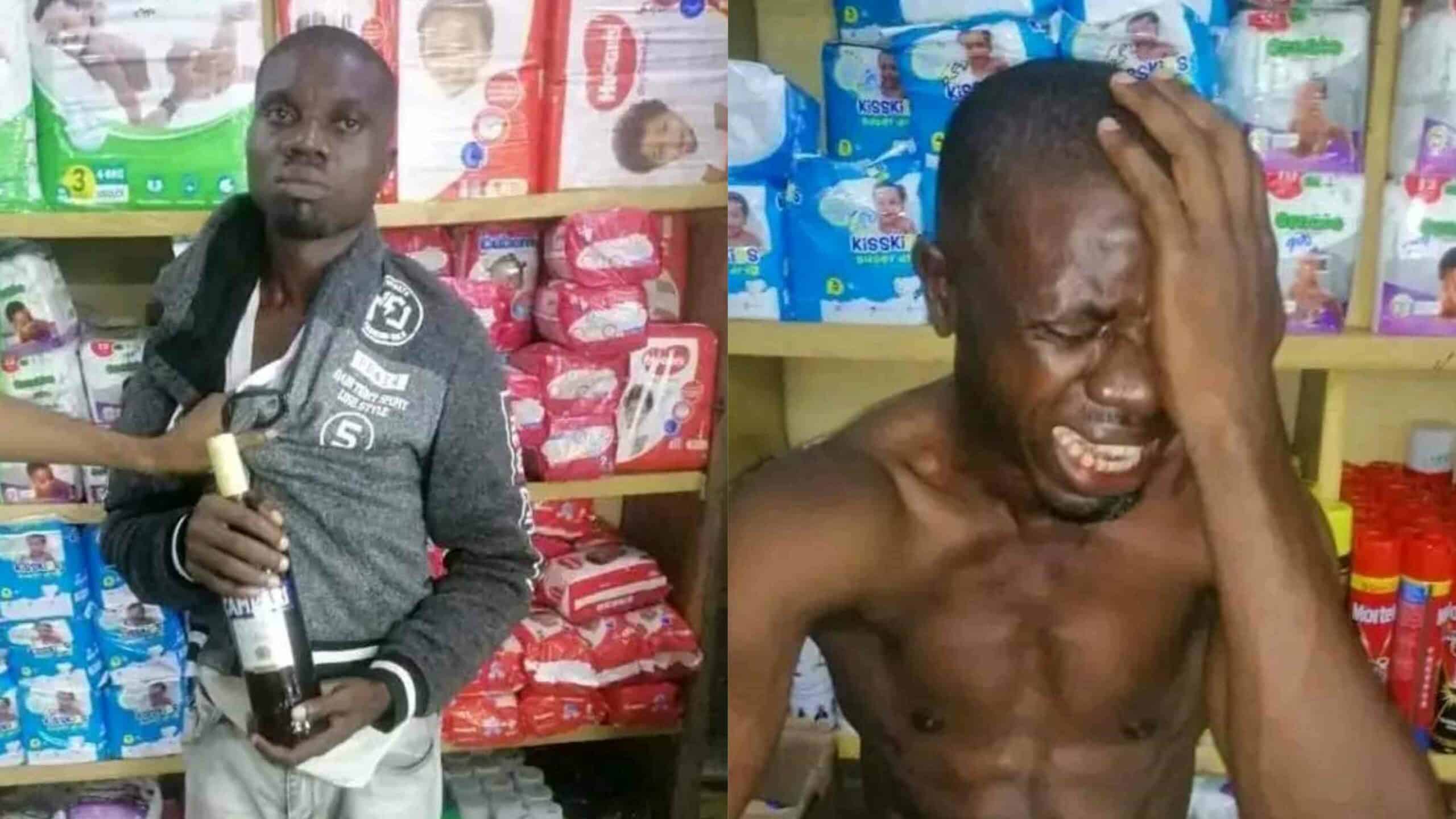 It was learned that the man had worked into a supermarket and had tried stealing a bottle of ‘Campari’ at a supermarket along Aka Etinan Road in Uyo, Akwa Ibom State.

When he was asked why he had done it, he had revealed that it was for his birthday.

It was gathered that the incident had occurred on Thursday, October 13, 2022.

A user who shared the news on Facebook wrote:

“Earlier hours of yesterday, A young man whose name has not been disclosed, yet stole a bottle of Champari at one Super Market along Aka Etinan Road in Uyo, Akwa Ibom State.

When he was caught, beaten and interrogated why he stole the Champari he explained that he stole it just to celebrate his Birthday.” 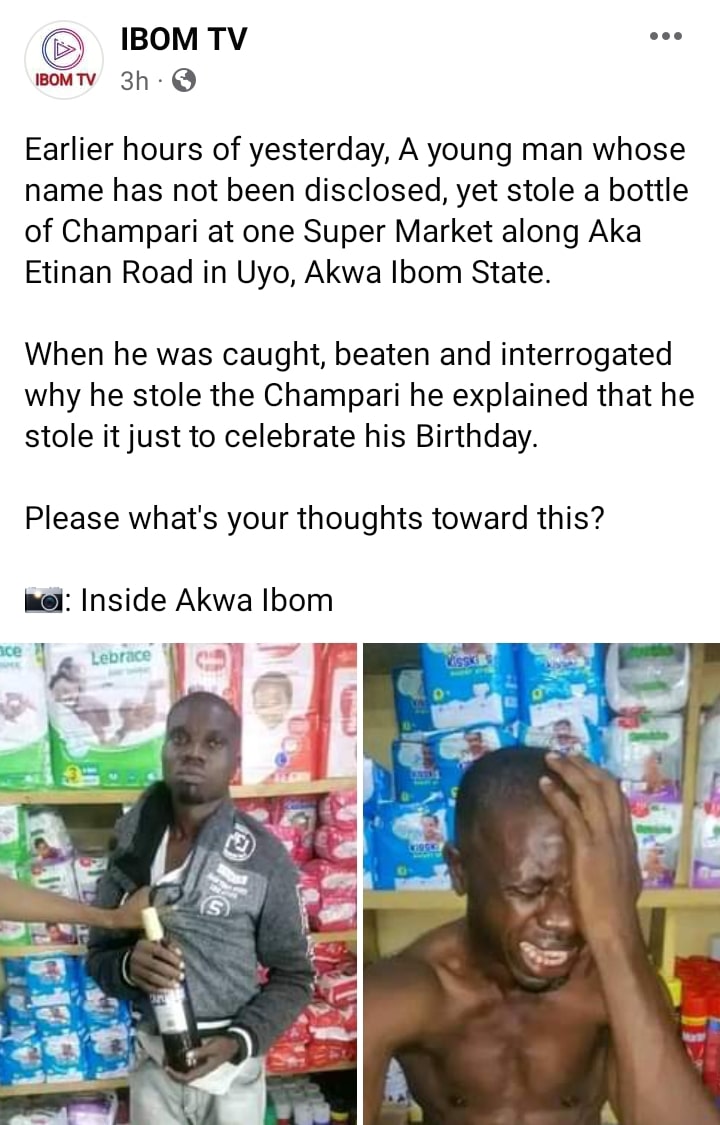