A Nigerian lady has reportedly dumped her boyfriend after he was sacked over a huge sacrifice he made to fund her vacation to Dubai.

According to @poojamedia who took to Twitter to relay the story, the boyfriend committed N2 million fraud in his place of employment to sponsor his girlfriend’s trip to Dubai with her friends.

However, he got caught by the company and they terminated his employment for stealing from them. Shockingly, the said girlfriend broke up with him because he was jobless and started dating a wealthy Senator.

“You went to do fraud of N2m in your company cos your girlfriend wanted to go to Dubai with her friends, got sacked & the babe moved on to a better life with a Senator, chopping her like Korede Spaghetti.” 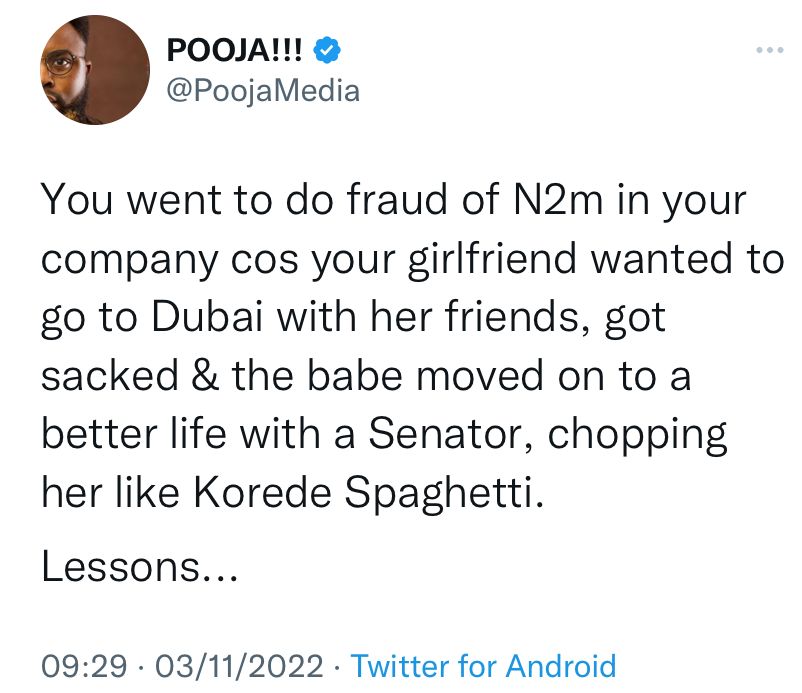