Controversial investigative journalist, Kemi Olunloyo, continues to poke the healing wound of the famous singer, Davido, as she insists on where his late son should be buried.

This comes days after the mother of one revealed the reason for coming after Davido despite his mournful state.

In a post via the microblogging platform, Twitter, Kemi Olunloyo stated that the body of the boy that drowned must be buried at the sea.

She noted that it was a means of appeasing the gods who are angry at Davido.

“Today marks a week Ifeanyi Adeleke DIED‼️ Chioma Rowland failed her son. Davido is not even mourning the kid.

The Nanny and Cook are just a distraction. Their son should be buried at sea to appease the Goddess of water Yemoja 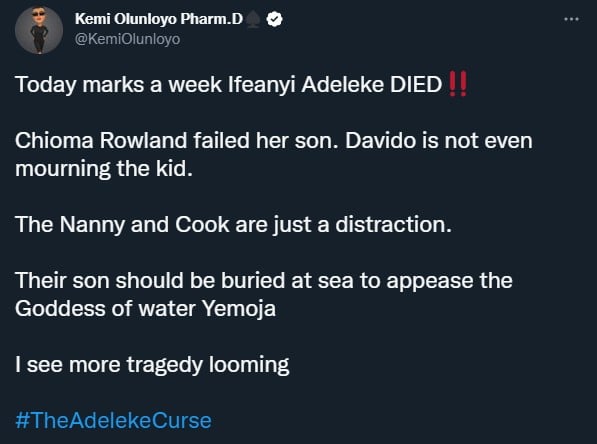