Justice Muhammed Sani of the Federal High Court sitting in Ilorin on Wednesday convicted and sentenced a 29-year-old Chinese national, Gang Deng, to five years imprisonment over offences bordering on illegal mining and possession of crude minerals without lawful authority. 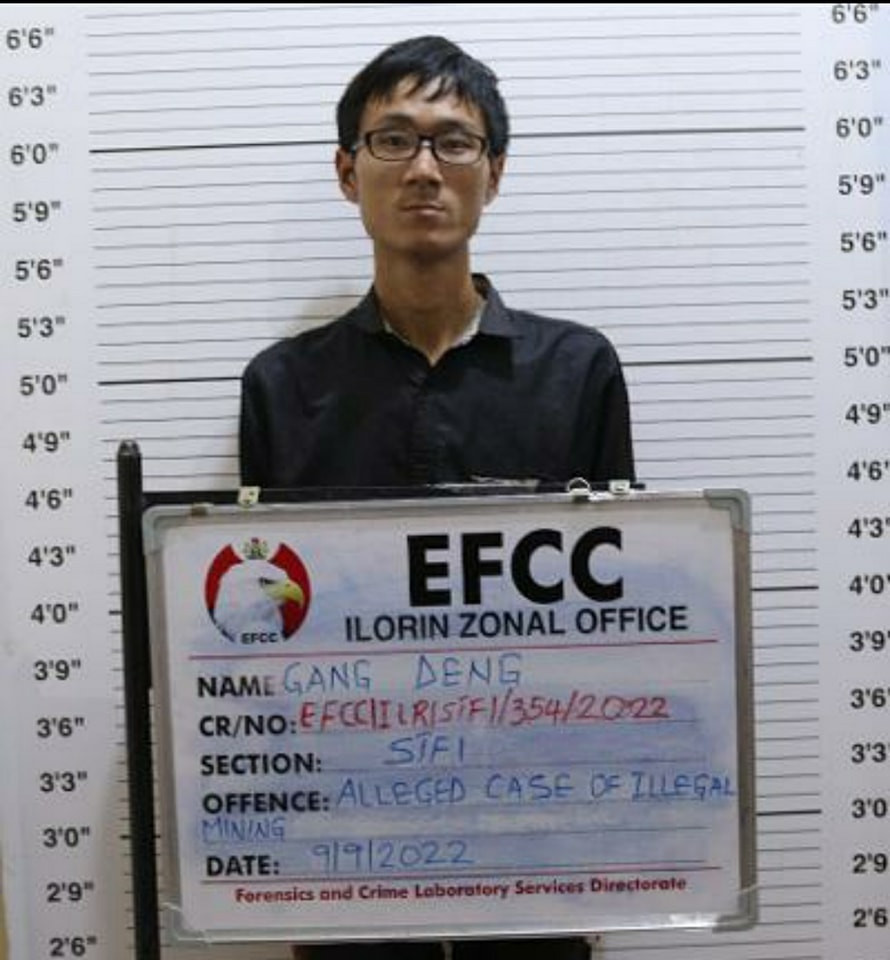 It would also be recalled that operatives of the EFCC, in collaboration with the Kwara state command of the Nigeria Security and Civil Defence Corps (NSCDC) and the Federal Ministry of Mines and Steel Development on August 30, 2022, arrested 13 suspected illegal miners operating in Kakafu village in Patigi local government area of Kwara state.

Mining without a license is a criminal offence under the law. It is an act of economic sabotage, punishable under Section 1 (8) of the Miscellaneous Offences Act, which stipulates life imprisonment for offenders.

The Chinese national, who is the managing director of Sinuo Xinyang Nigeria Limited, confessed to the crime, admitting that he was operating without a license.

Consequently, the Ilorin command of the EFCC arraigned Gang alongside his company Sinuo Xinyang Nigeria Limited on Wednesday on a one-count amended charge before Justice Mohammed Sani.

When the charge was read to the defendant, he pleaded guilty but entered a “not guilty plea” for his company.

The charge reads, “That you Sinuo Xinyang Nigeria Ltd and Gang Deng, sometime in the Month of September 2022 at Share, along Tsaragi Road in Edu Local Government Area of Kwara State, within the jurisdiction of the Federal High Court, without lawful authority purchased mineral to wit. 25 Tons of Mineral worth the sum of N2,490,000.00 (Two Million, Four Hundred and Ninety Thousand Naira) conveyed in a DAF TRUCK, with Registration Number KLRAD85XCOE603462 and thereby committed an offence, contrary and punishable under Section 1 (8) (b) of Miscellaneous Offences Act 1984”

Upon his plea, counsel to the EFCC, Innocent Mbachie, reviewed the facts of the case and tendered documents, which were admitted in evidence, and urged the court to convict the defendant as charged.

Justice Sani in passing judgement took into consideration the allocutions made by Gang’s counsel, who pleaded for clemency on the grounds that the convict was a first offender and a responsible citizen.

Consequently, the court sentenced Gang to five years imprisonment with an option of a N1million only. The judge also ordered that the 25 tons of the mineral recovered from him at the point of arrest be forfeited to the federal government.