US-based Nigerian businessman, Francis Van-Lare, has said that a man who can’t afford to give his woman N500k is not a “man of the house”

“You are not a man of the house if your woman asks you N500k and you don’t have it . Men are supposed to be the pillar not the pillow.” he said on Wednesday, October 19. 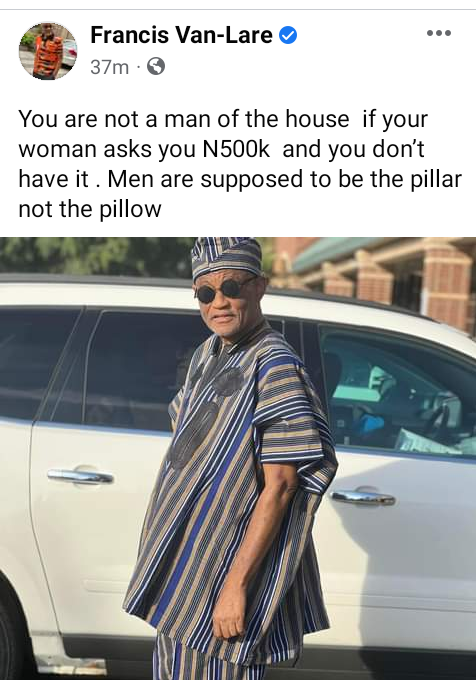 Just recently, Francis claimed that one of his ex-wives used to photoshop his picture to make people think that she married a younger man.

The Businessman, who has gotten married to five different women which all ended in divorce, took to his Facebook page to make this claim.

“I used to be married to someone who will ‘photoshop’ my face to make me look 20 years younger . I was like why marry me and be deceiving the world that you married a man in his 30s? See her work her” he wrote.