A lady has narrated how she and her sisters were sexually abused by their father for years.

The lady, identified as Aziza Kabibi revealed how her father started raping her and beating her at the tender age of 12 and she’d wished she had not been born.

Aziza revealed that her mother knew about the abuse but didn’t do anything to help. According to her, she was not allowed to go to school and was isolated from her extended family so she won’t reveal her father’s misdeeds to anyone. She revealed that her father told her the sexual abuse was “ordained by God”.

However, she later discovered that her father was raping her sisters too. At 15, she got pregnant with her father’s child.

She eventually got pregnant 5 times for her father and all the children, who are also her siblings were all delivered by her father at home.

In all, her father birthed six children in total from his daughters. In a different post, she shared a screenshot of her father’s court trial after he was finally exposed.

The woman’s father is an African-American man named Aswad Ayinde. He is a Grammy award-winning music director, famous for directing the music video for the Fugees’ hit song “Killing Me Softly”.

He was sentenced to 90 years in prison in 2013 for raping his 5 daughters. His daughter, Azizah, is now sharing her story on Instagram and TikTok and has written a book about it. 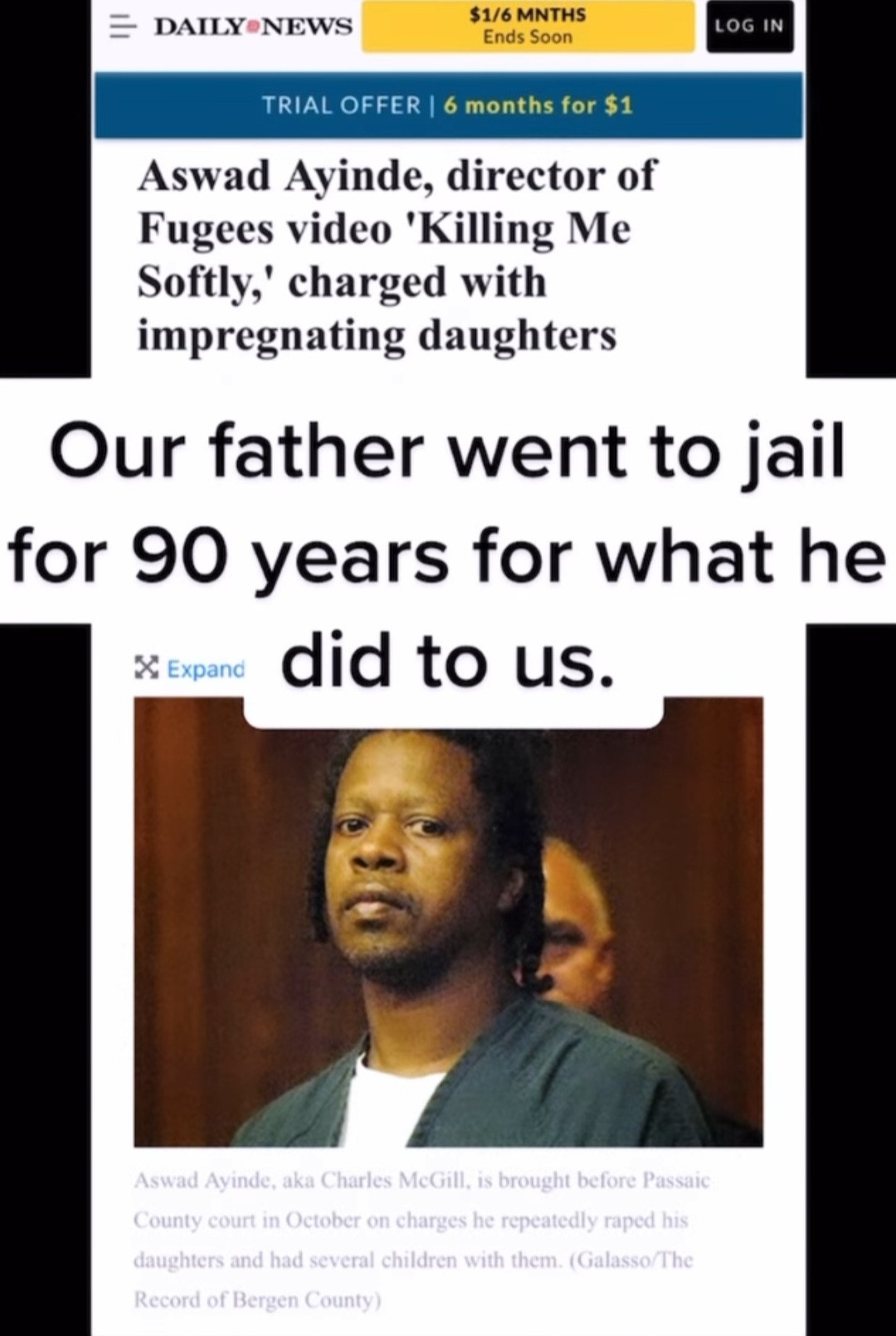