A 69-year-old man has been freed after spending more than 38 years behind bars for a murder he did not commit, the Los Angeles County district attorney’s office announced Friday. 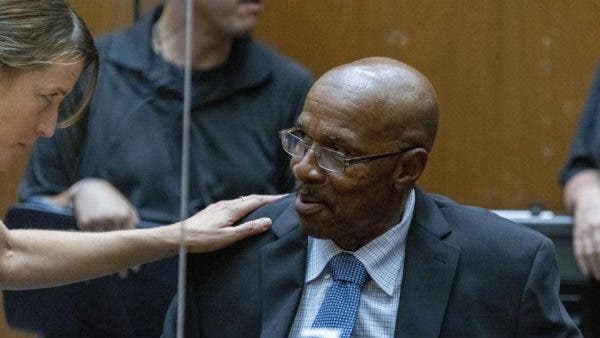 Maurice Hastings, 69, had his murder conviction overturned on Friday by the Los Angeles County District Attorney’s Office after he was wrongly convicted for the 1983 abduction and killing of Roberta Wydermyer, 30, in the city of Inglewood.

Hastings has maintained his innocence since his arrest.

“What has happened to Mr. Hastings is a terrible injustice,” Dist. Atty. George Gascón said in a statement. “The justice system is not perfect, and when we learn of new evidence which causes us to lose confidence in a conviction, it is our obligation to act swiftly.”

“I’m not pointing fingers. I’m not standing up here a bitter man,‘’ Hastings said at a news conference.

At the time of the victim’s autopsy, the coroner conducted a sexual assault examination and semen was detected in an oral swab, the district attorney said.

Hastings sought DNA testing in 2000 but at that time the DA’s office denied the request.

Hastings submitted a claim of innocence to the DA’s Conviction Integrity Unit last year and DNA testing last June found that the semen was not his and pointed to another person, who officials say died in 2020.