The young men were said to have been operating in Okpachala, Idah LGA when they met their waterloo. 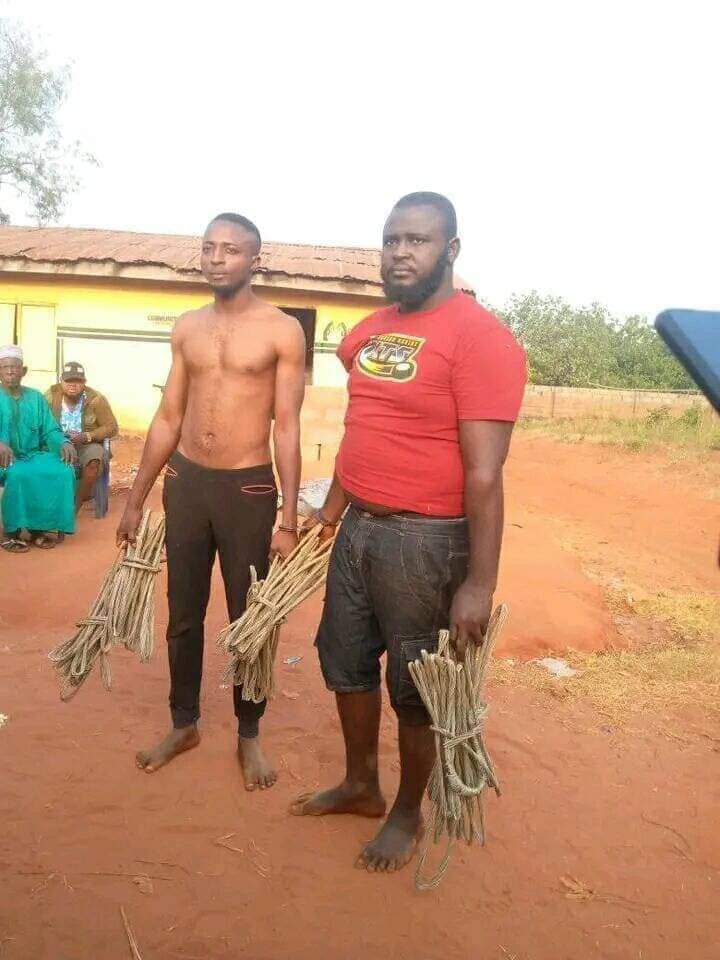 During interrogation, one of the suspects confessed that he stole so that he could sell it off and use the money to buy Christmas clothes for his girlfriend.

According to the thief, he had promised to buy clothes for the lady so he was just trying to keep his word.

However, his accomplice blamed his act on the Devil.