Jose Peseiro, the head coach of Nigeria’s Super Eagles is yet to receive his salary for the past six months.

According to a new revelation by respected sports journalist, Osasu Obayiwana who is also a former member of the Federation of International Football Association (FIFA) anti-racism task force, the salary owed Peseiro is $420,000 in total.

Remember that, the 62-year-old Tactician was appointed in May 2022 on a monthly pay of $70,000 but ever since then he hasn’t been paid according to Obayiwana.

The revelation is all the more startling as the NFF are currently still trying to pay off the backlog of outstanding salaries owed to former Super Eagles coach, Gernot Rohr after unilaterally terminating his contract last December.

According to Obayiwana, Peseiro, has already complained to FIFA about his unpaid wages and under FIFA laws, the former Venezuela and Saudi Arabia coach can unilaterally terminate his contract, without prejudice, and will have to be paid in full. 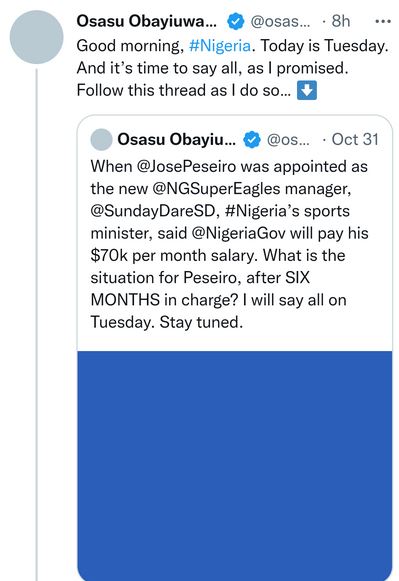 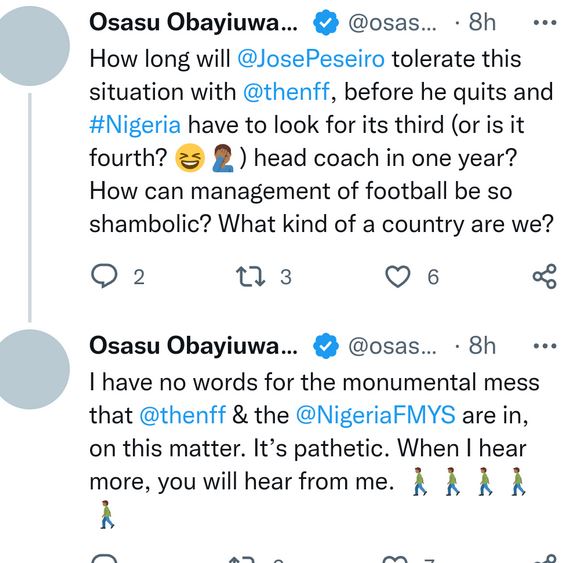