While sharing the video on Instagram, he hilariously pleaded with his fans not to tell his wife that he shared the clip online. 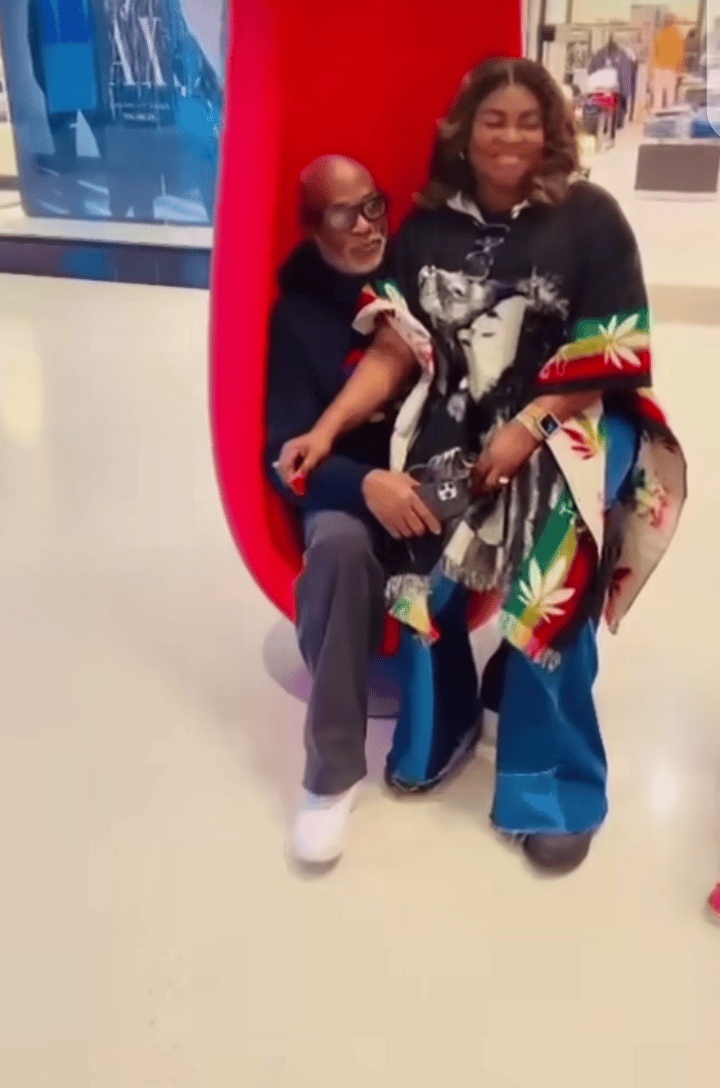 The actor had shared a cute video of himself and his wife, Jumobi having one of their lovey-dovey moments.

In the video, his wife was spotted sitting on his laps in a designer store as he assumed the role of Santa, and asked what she wanted for Christmas.

In response, she revealed that she wanted designer gift items; more Louis Vuitton to be specific. RMD jokingly replied to her request with, “Ole”, meaning ’thief’.

“Merry Christmas from your neighbourhood Santa Claus. P.S.: association of reporters please don’t tell madam I posted another private moment. In the spirit of Xmas don’t screenshot and send as WhatsApp message.”