A police man and a female passenger of a cab traded words when the officer demanded bribe from the taxi driver conveying her to her destination. 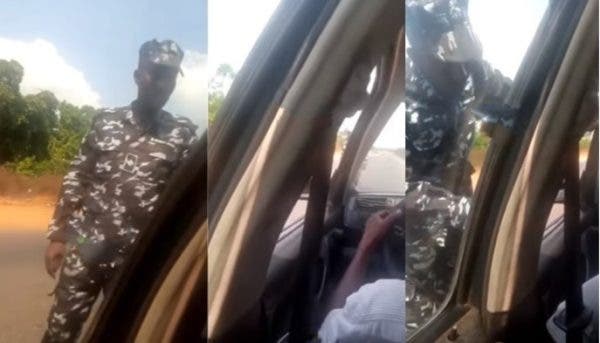 The cab was stopped at a checkpoint by a security agents who asked the driver to give him N100 before he would be allowed to go.

A lady in the car then asked the police officer why he was trying to run away from the front of the vehicle when the driver tried zooming off.

In response, the security agent who seemed not to have understood what she woman was saying, questioned her on whether she is the one driving or if knows the cab man personally for her to be intervening in the matter.

He then stated that she is not the person who responsible for training him at the police academy so she has no say in his decision to ask for bribe.