The controversial reality Tv star responded to naysayers, who would constantly criticize him for repeating his clothes.

Taking to the micro-blogging platform, Twitter, Sheggz disclosed that he loves his clothes so much, and will keep wearing them till he gets bored.

He also reminded trolls that he is not out there to prove anything to anyone.

“I love some of my clothes so much, I’m going to wear them numerous times till I get bored. Not out here to form anything, been soft before this and will keep being soft. 🙏🏽❤️” 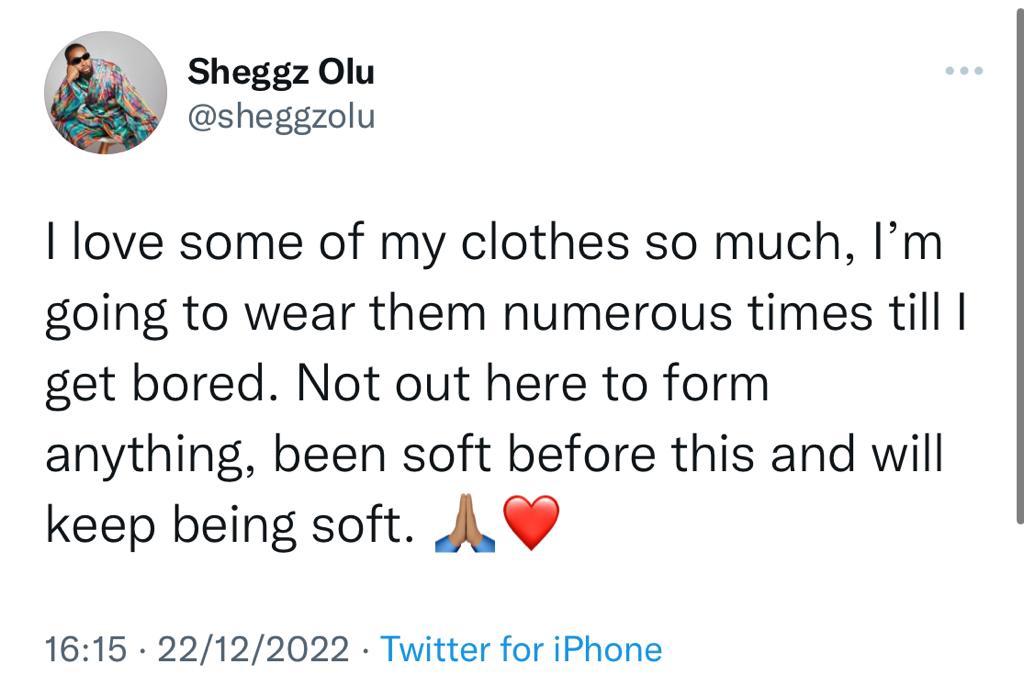