Netizens are raving over a viral video of identical twin sisters who conceived and welcomed their baby on the same day.

The sisters, who are popular TikTokers, had been sharing updates on their pregnancies on their page @NaeNaeTwins and recently announced the arrival of their babies. 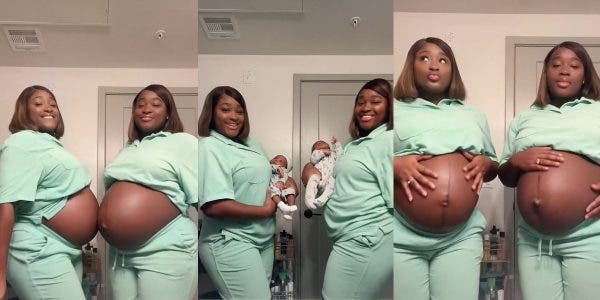 They revealed that they conceived around the same time and that their babies arrived on the same day.

In one of the videos on the page, they explained that while one of them was pregnant for her husband, the other is unmarried and had her baby for her baby daddy.

They further revealed that one of them is a first-time mom while this is the other’s second child.

The sisters who had their babies on the same day both welcomed boys.