A Nigerian woman has reportedly filed for a divorce because she doesn’t want to be controlled by a man who’s below her educationally.

According to Twitter user @Abdullahiabba_ who relayed the incident, his cousin – the woman’s husband – dropped out of school to support his wife’s education and saw her through to the highest level of education, PhD.

However, after she bagged her doctoral degree, she said she can’t continue with the marriage because she can’t submit to a man with his level of education.

“My Cousin Sameer had to drop out of school after marriage just to support his wife education due to her parents were not strong enough for that just for her to attain Phd and seek for divorce from him telling him she can’t be controlled by a man who’s not educated like him.

She can’t be controlled by a man who’s not up to her standards in terms of Education.” 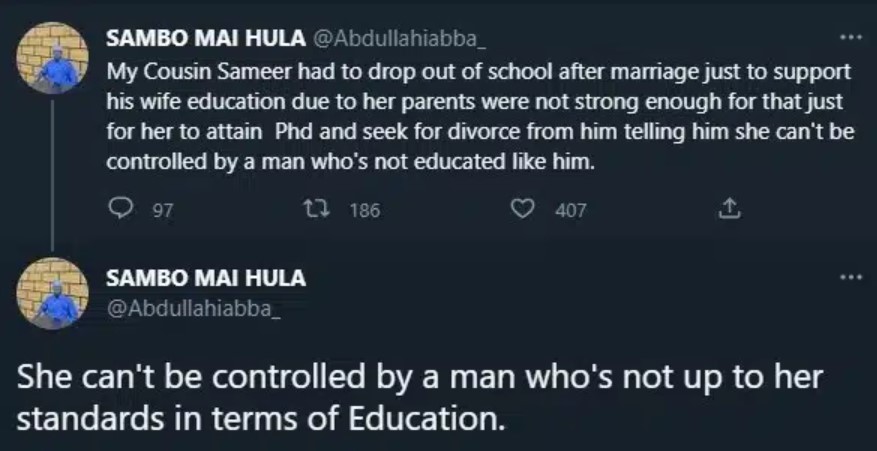