A single father has been supported by a Good Samaritan who took pity on him after learning of his family’s poor living condition.

The man and his four children have been sleeping on the bare floor in their house for years due to his inability to afford a mattress.

His story was shared by a social media group and it attracted some sympathy from members of the public. 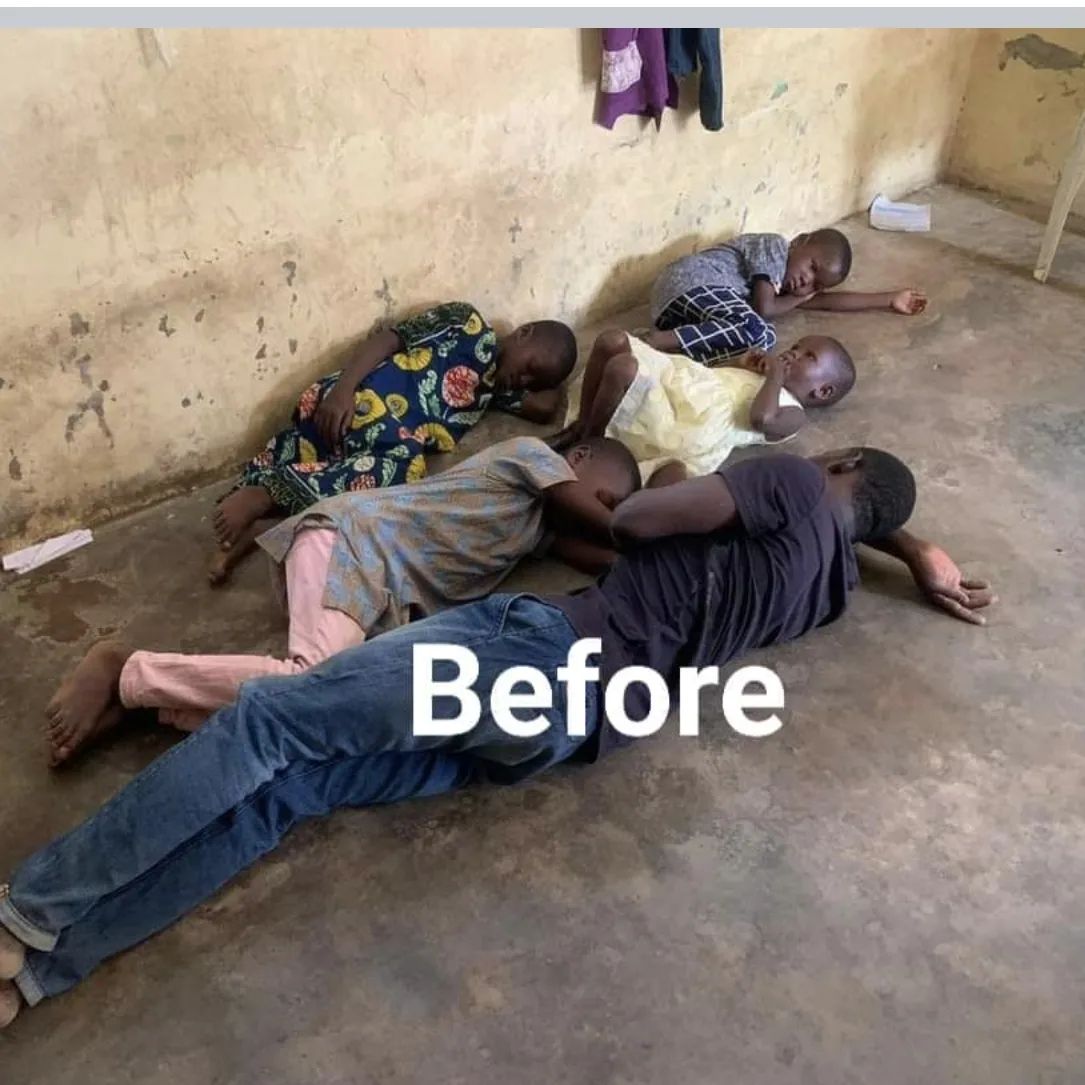 A man who was uncomfortable with the fact that the father and his children had to sleep on the floor, decided to buy them a mattress, pillows and bed sheet.

He delivered it to their home and ensured that the family would go into the new year having a soft place to lay their heads.

After they received the bed, the good Samaritan shared before vs after photos of the man with his kids and said he slept peacefully knowing that the household would no longer lie on the bare floor.

He said; “I slept so well last night knowing that this beautiful family is no longer sleeping on the floor. It can only be God”. 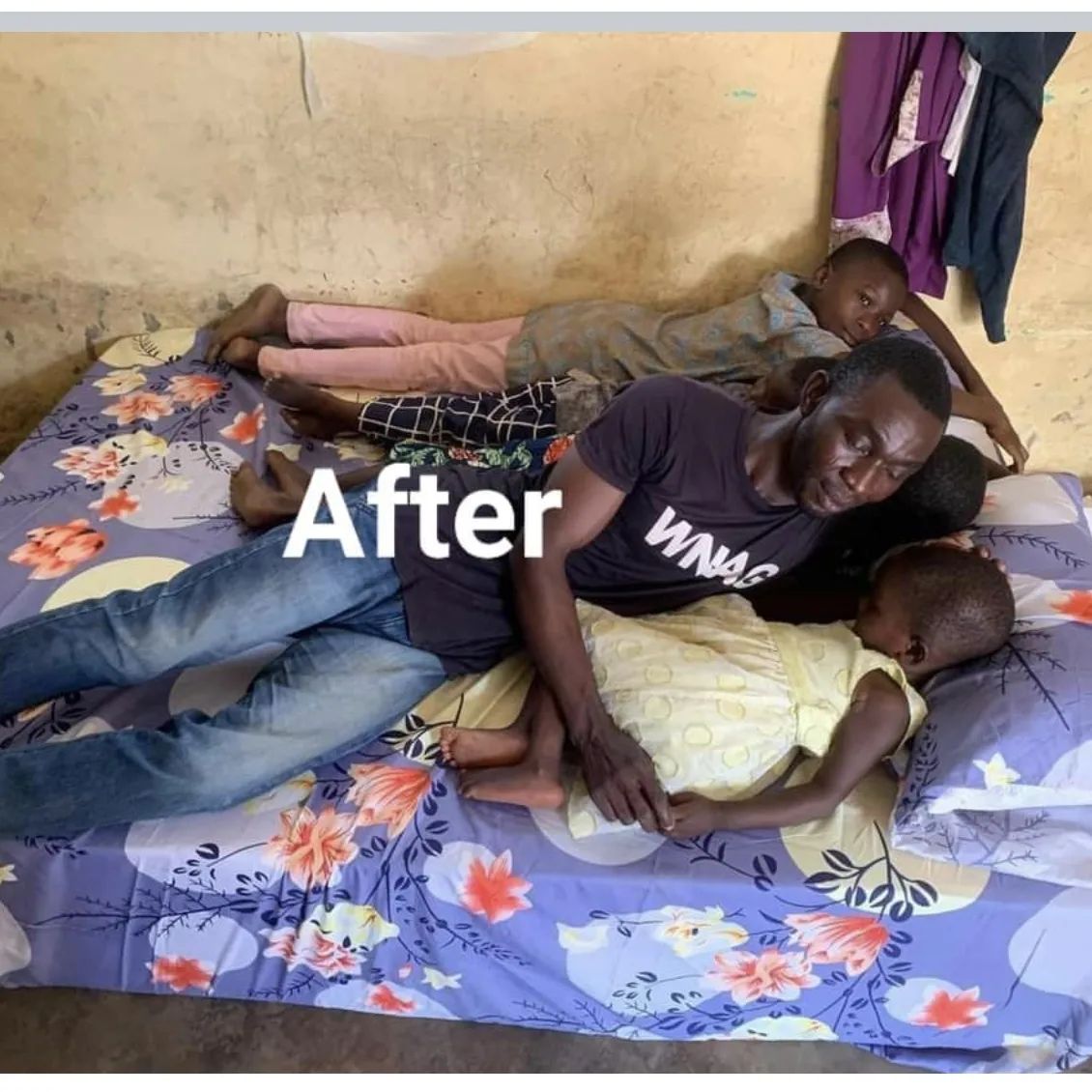