Recall that the “Amin” singer had repeatedly called out the DMW boss over alleged non-payment for his songwriting (Pere) contribution.

Although Davido hasn’t broken his silence following the accusation of debt.

In a new development, Dammy Krane has alleged that OBO sent his boys to attack him.

He alleged that one of Davido’s boys, a certain AB Kush, had tried to forcibly gain entry into his car to assault him.

“Davido sent his boys to Attack me but they failed , thanks to Safety & security measures by the Government, I have the full video of David’s boy (AB KUSH) trying to force my Car door open & attack me (this same guy also came sneak ing around my house after this attempt) All attempts was caught on security surveillance Camera “This is threat to Life”” 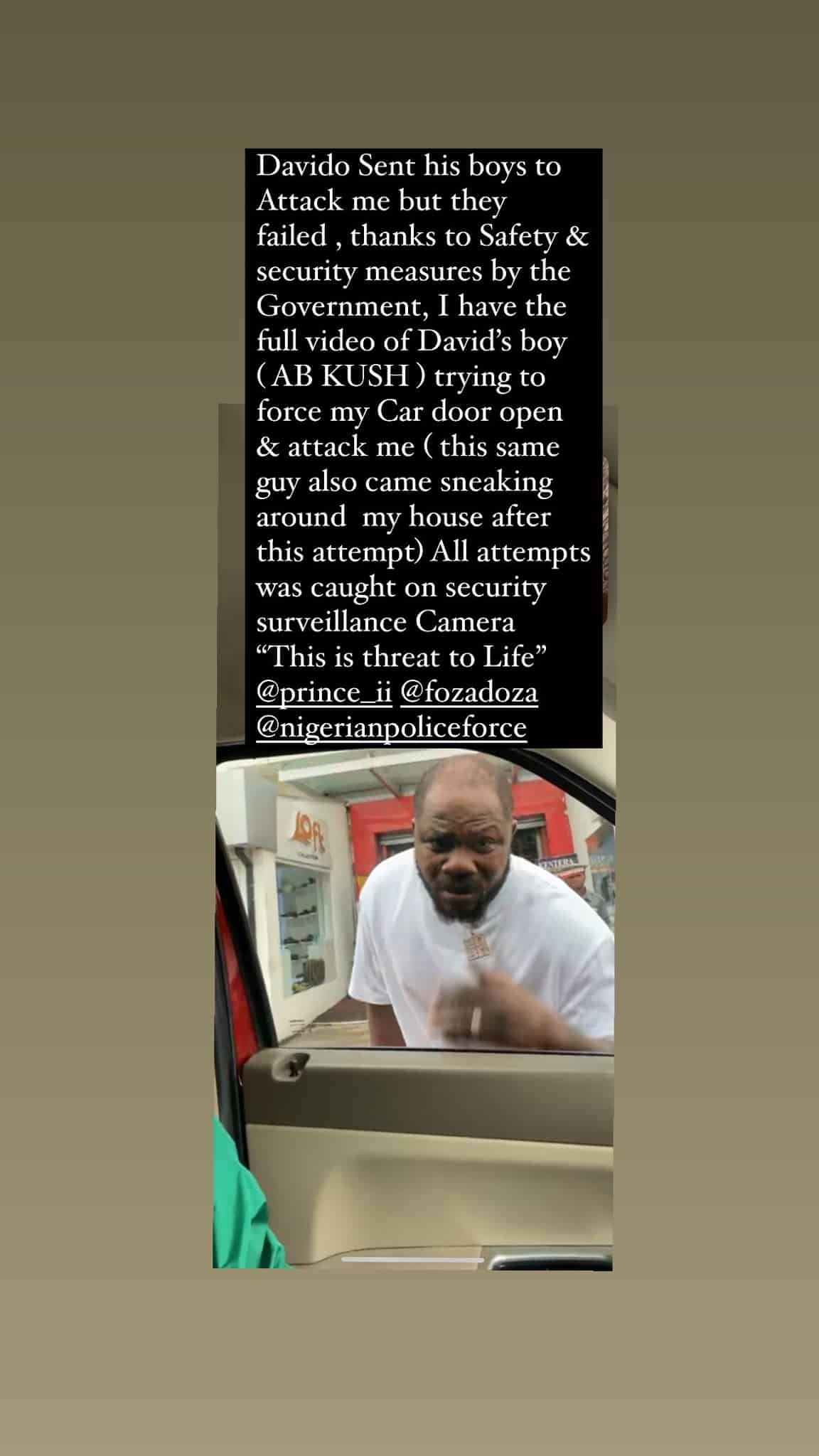