Controversial Nigerian actress, Nkechi Blessing Sunday and her boyfriend, Xxssive, have made an agreement to see to the arrest of either of them who dumps the other first.

Nkechi made this known via her Instagram story where she shared a copy of the police agreement which was drawn up and signed by both parties.

Though, the photo she posted looks like a copied template that was not signed manually, the actress gave the impression that her man was the one who approached the Police to get it done.

The Nollywood star said she woke up to receive the contractual agreement from her man.

Her name, Nkechi seemed to have been written with an editor marker on the document while his nickname, Xxssive was also on it.

“To think that I woke up to this hits different”, she captioned. 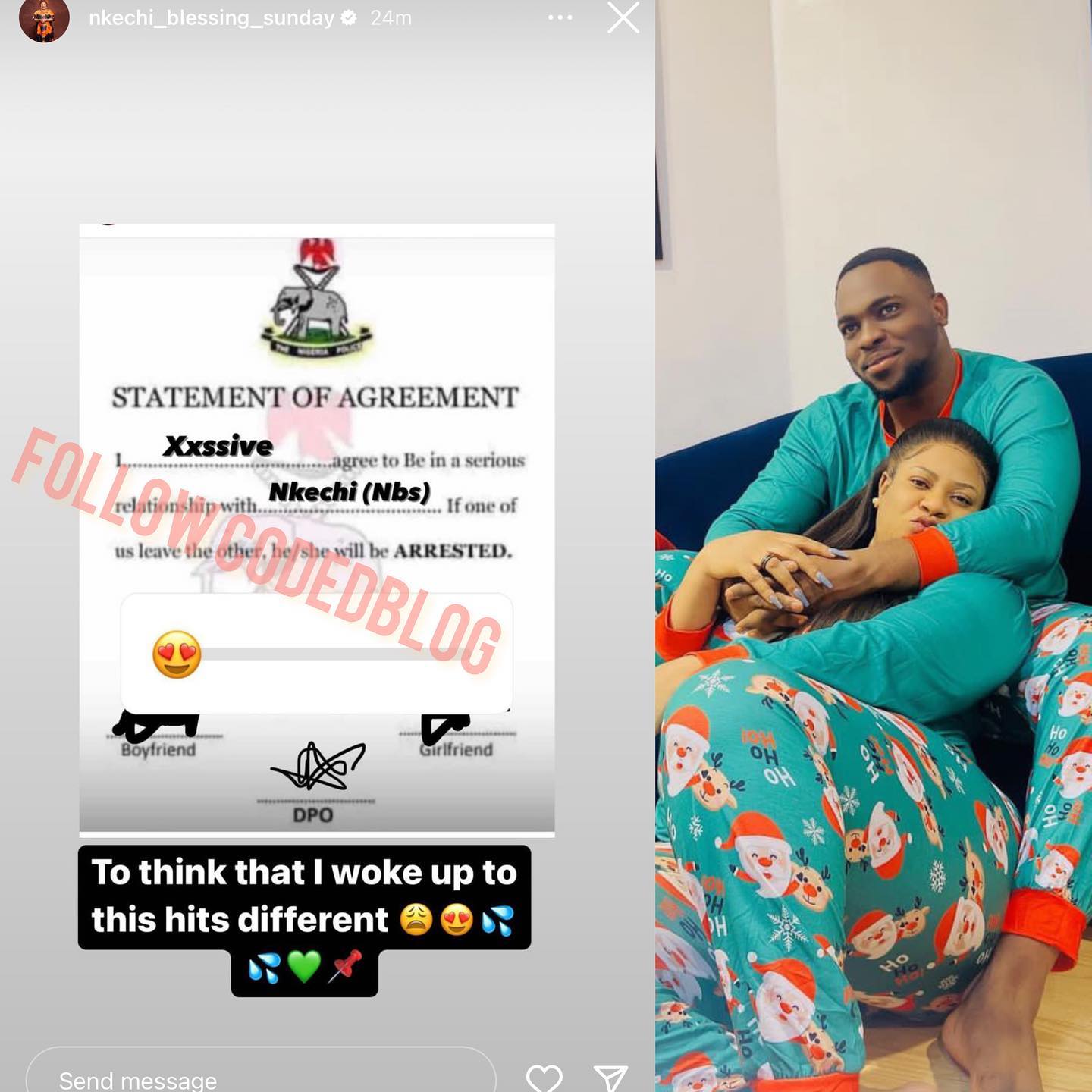