Nigerian activist, Deji Adeyanju has opined that the worst thing that can happen to anyone is to be famous and broke.

Deji, who stated this in an Instagram post on Tuesday morning, January 24, noted that being a celebrity is not a profession.

According to him, that is why many male and female celebrities allegedly turn to prostitution to support their lifestyles.

“Celebrity is not a profession. That is why you find both male and female so called celebrities doing prostitution because that is all they can do. The worst thing that can happen to anyone is to be popular and broke.” He wrote. 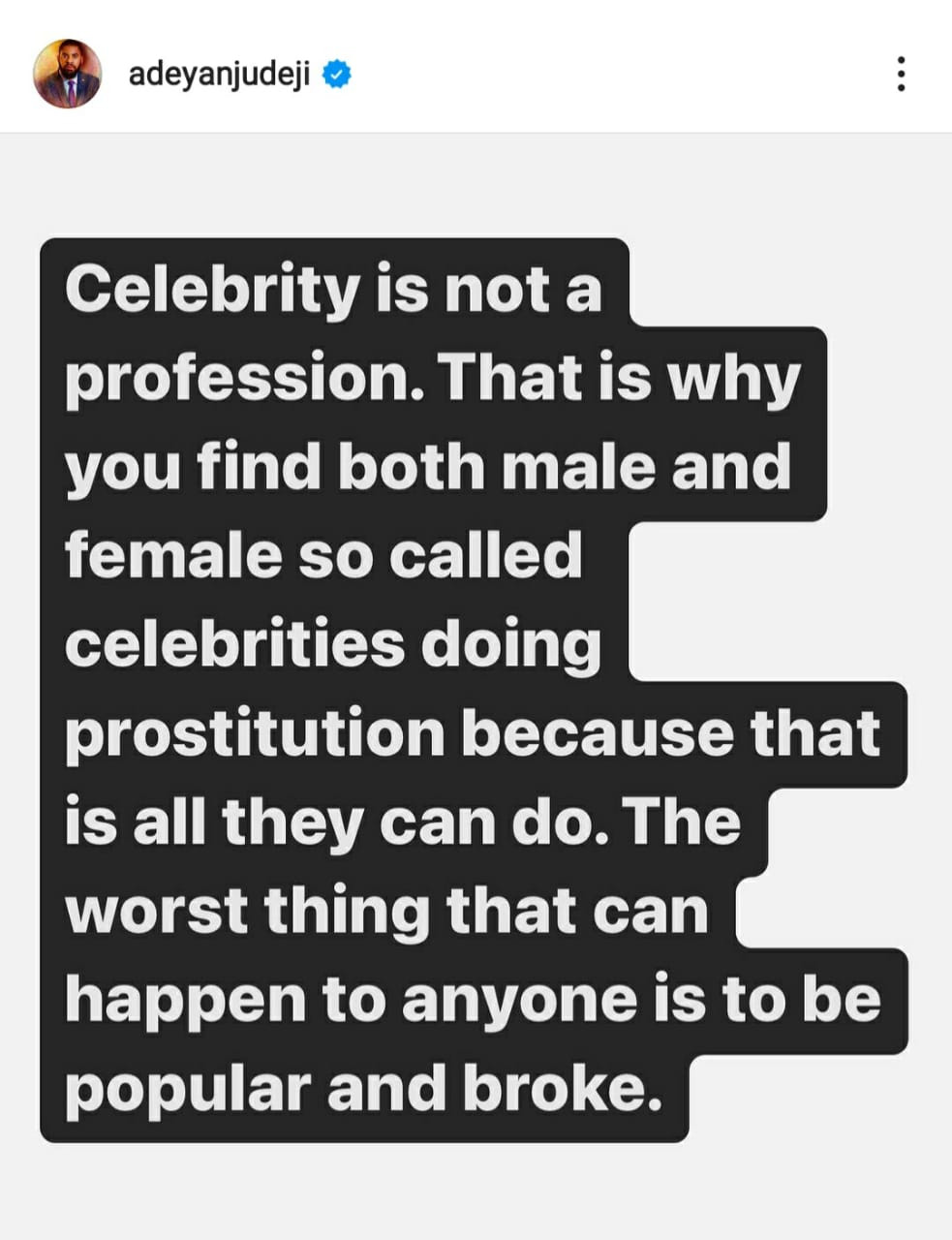