A Nigerian man identified as Engr. Fela who claims to be a lecturer at the University of Lagos, UNILAG, has been called out on Twitter for allegedly raping young boys on campus.

It was alleged that the man presents himself as a lecturer at the Business Administration Department of the school and his modus operandi is to promise to help the young boys secure admission at the University.

The man is alleged to have lots of prospective students living with him in his house close to the University environment and he uses the opportunity to assault them. 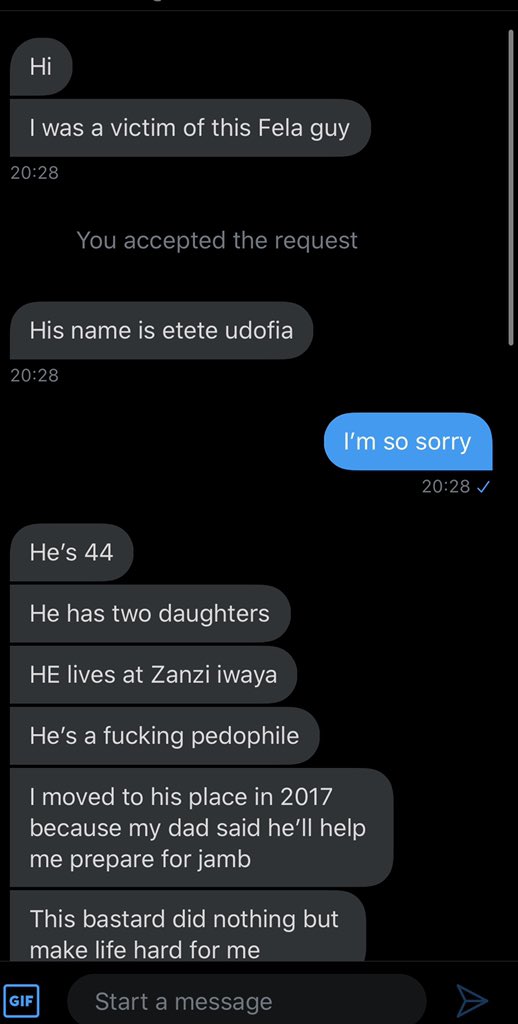 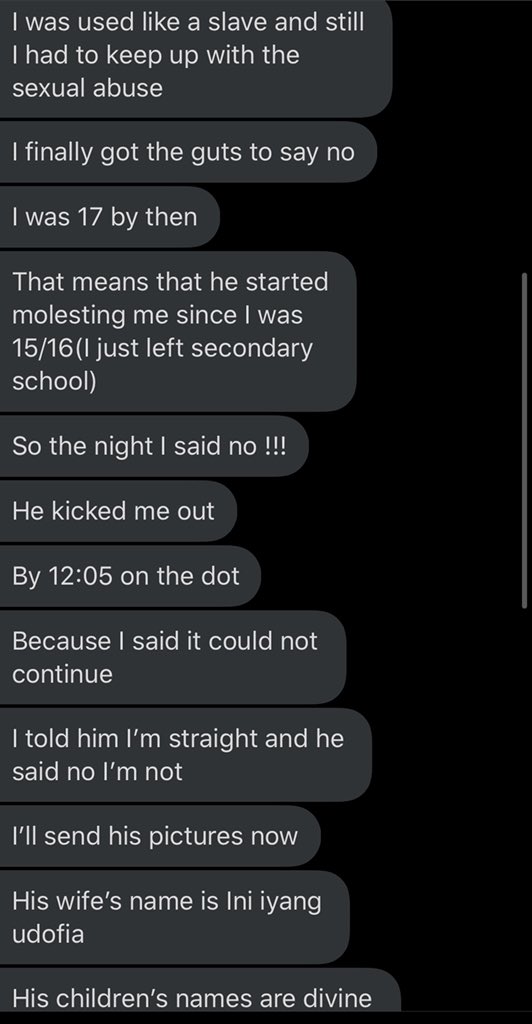 There are however calls for his arrest as many people claim he is not even a lecturer at the University, but just a Post-graduate student who happens to know many senior lecturers in the institution. 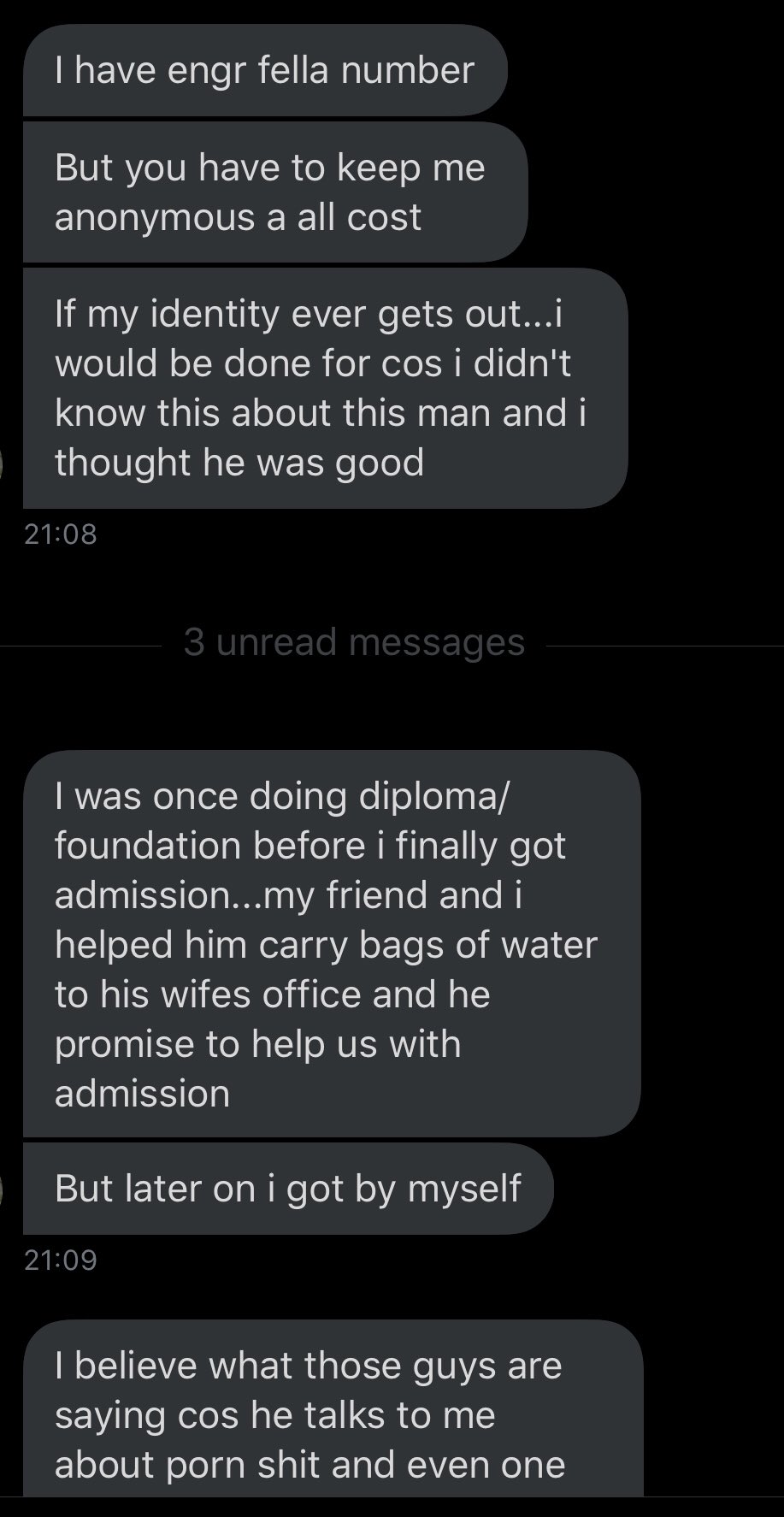 His wife, who is reported to be a staff of the school, is alleged to be aware of the accusations, but called it bluff as they are all coming from faceless individuals.

I just spoke with the wife now & she confirmed they’re aware of all these allegations that it’s all by anonymous.
I don’t know the man, but the wife because she used to follow HOD of Accounting to our MSc class
I feel sad for her & wish it’s not true
No one should marry a monster