Rapper Lil Frosh has taken to social media to share screenshots of his chat with ex-girlfriend Gift Camille after an assault allegation.

Few weeks ago, Camille’s manager shared photos of the model with a swollen face and accused the upcoming singer of constantly beating her up.

In a recent interview, Lil Frosh speaking about the whole DV saga, revealed that he didn’t do it and claimed he was speaking the truth.

According to him, she had a boil at the back of her ear due to an allergic reaction, and it kept growing bigger, which eventually caused the swelling on her face.

He claimed he loves her very much and cannot lay a finger on her.

Reacting to his claims, the model wrote on her page,

She also attached a quote which reads;

“Not today, not this week, maybe not even this year, but one day, your mask will fall and they will see the monster I had to face alone. They will know that I wasn’t lying. There really was a demon behind that angelic face. They will know”.

This prompted the singer to take to his Instagram page to share screenshots of the chat he had with Camille prior to her allegations and to back up his claim that the reason why she had a swollen face was because of a reaction to an allergic condition. 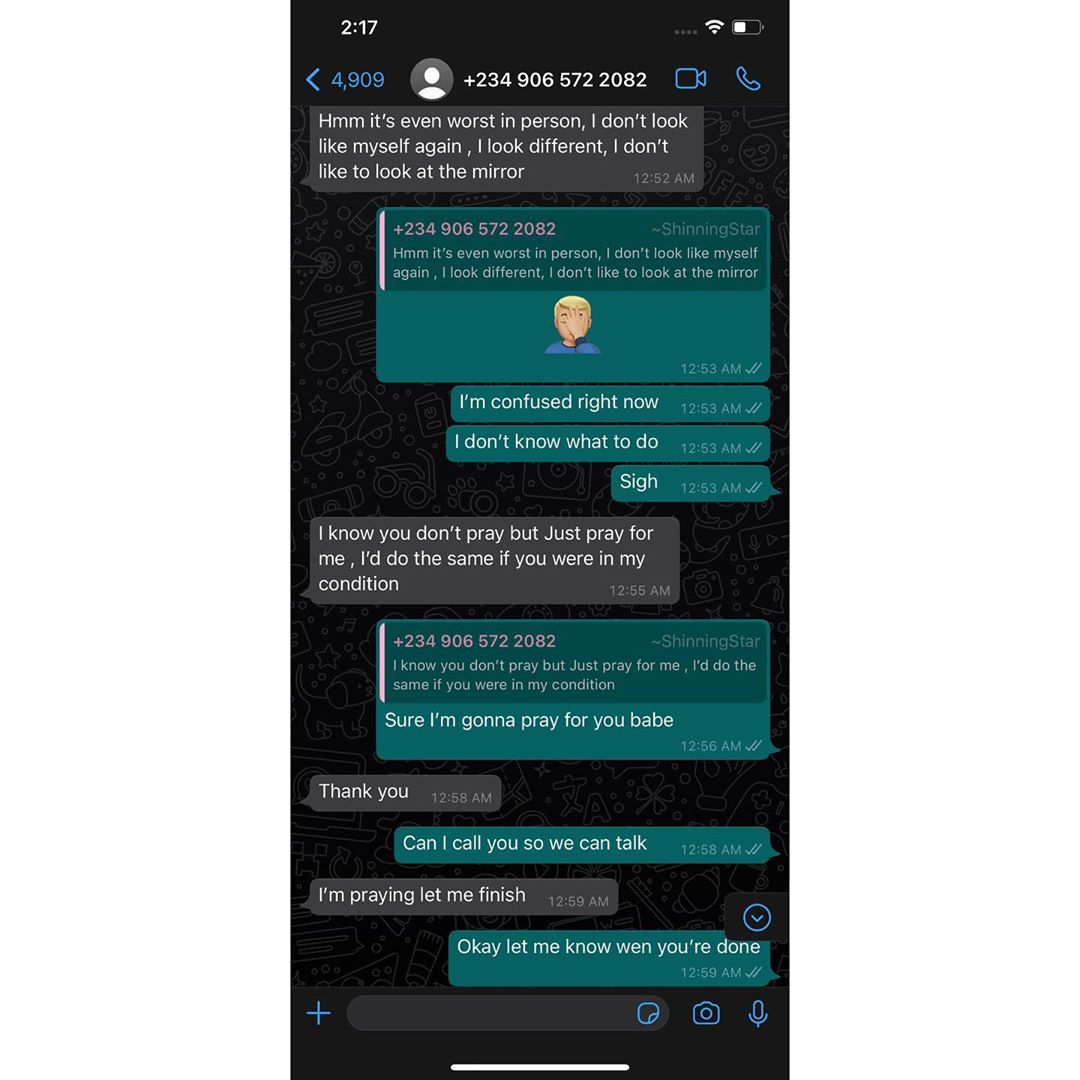 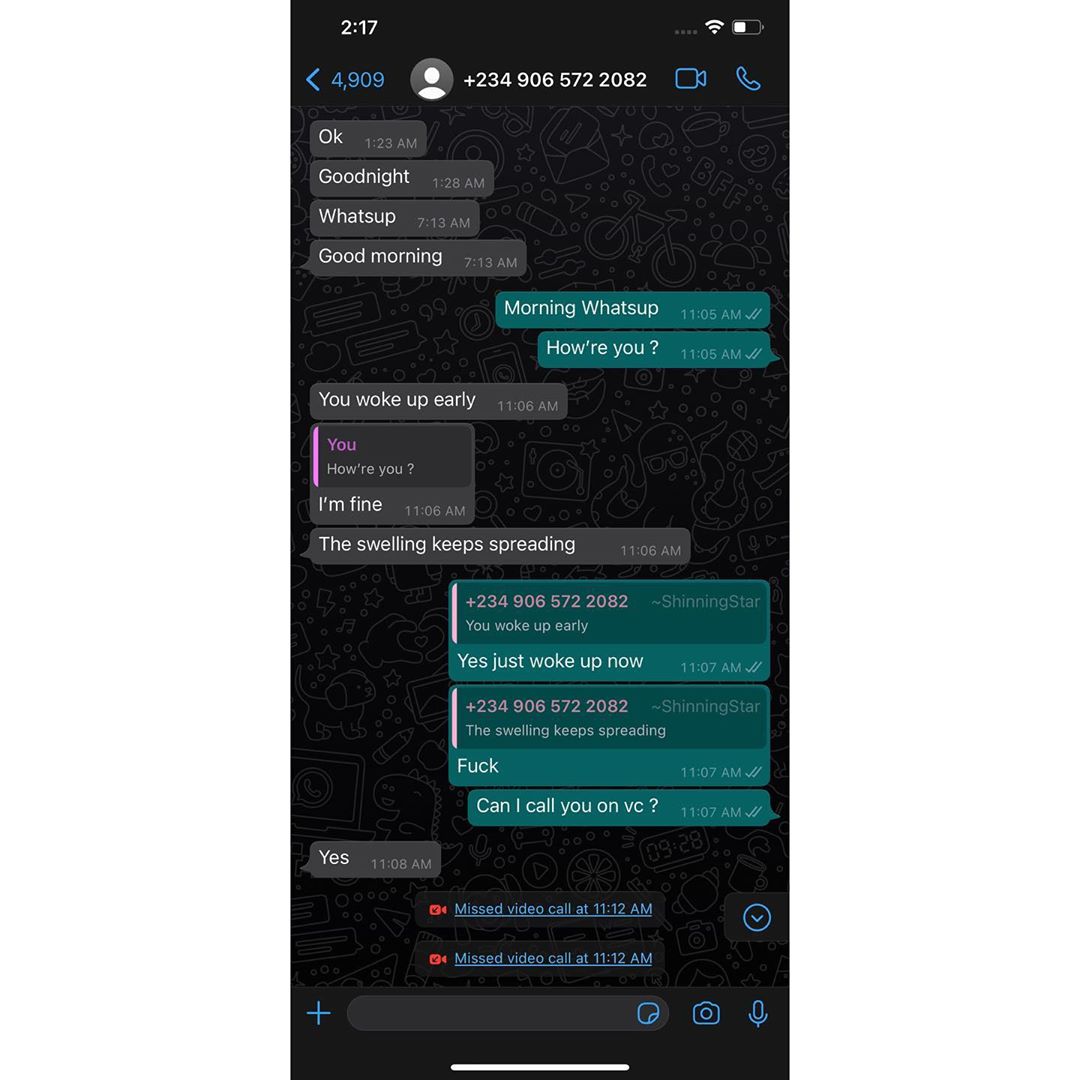 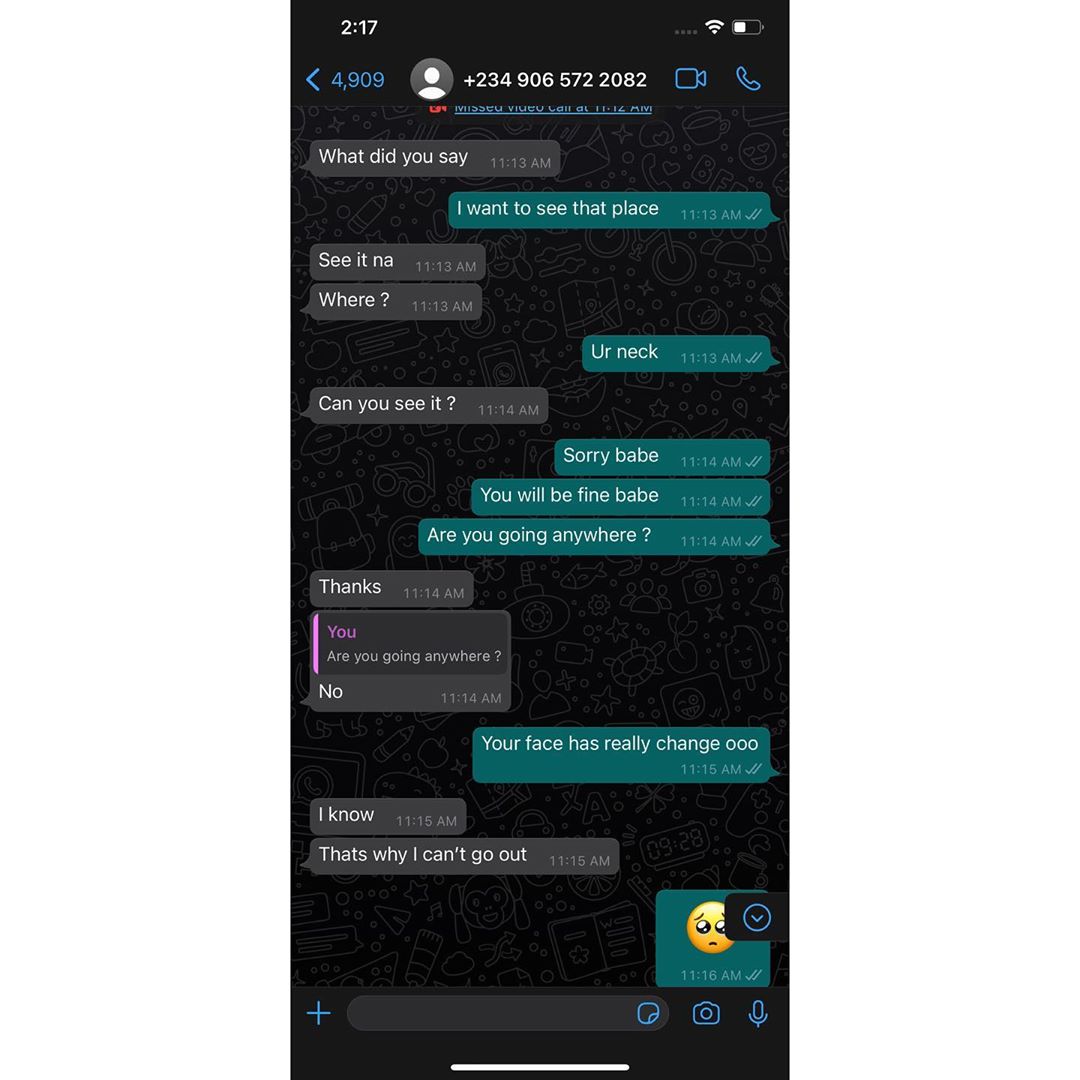 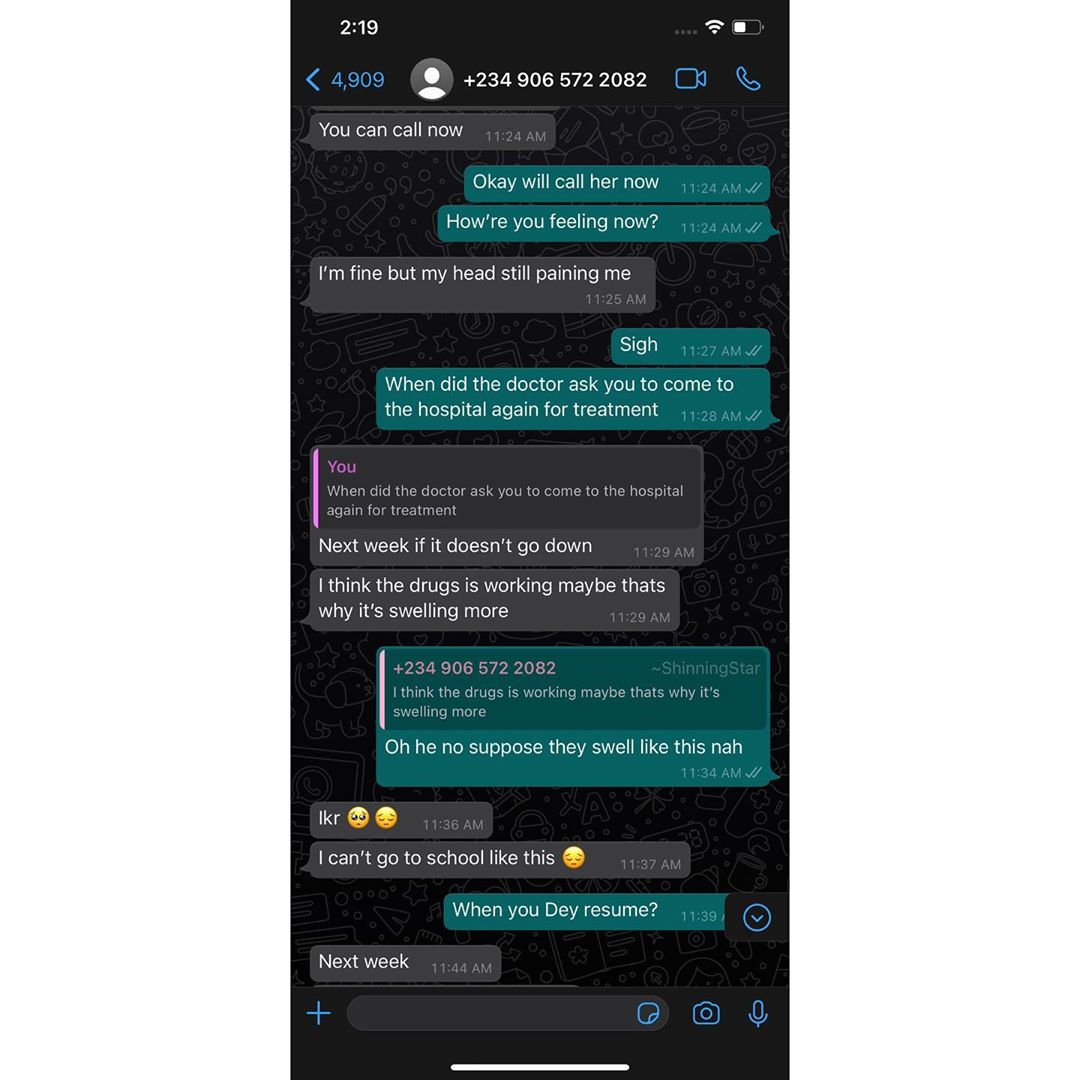 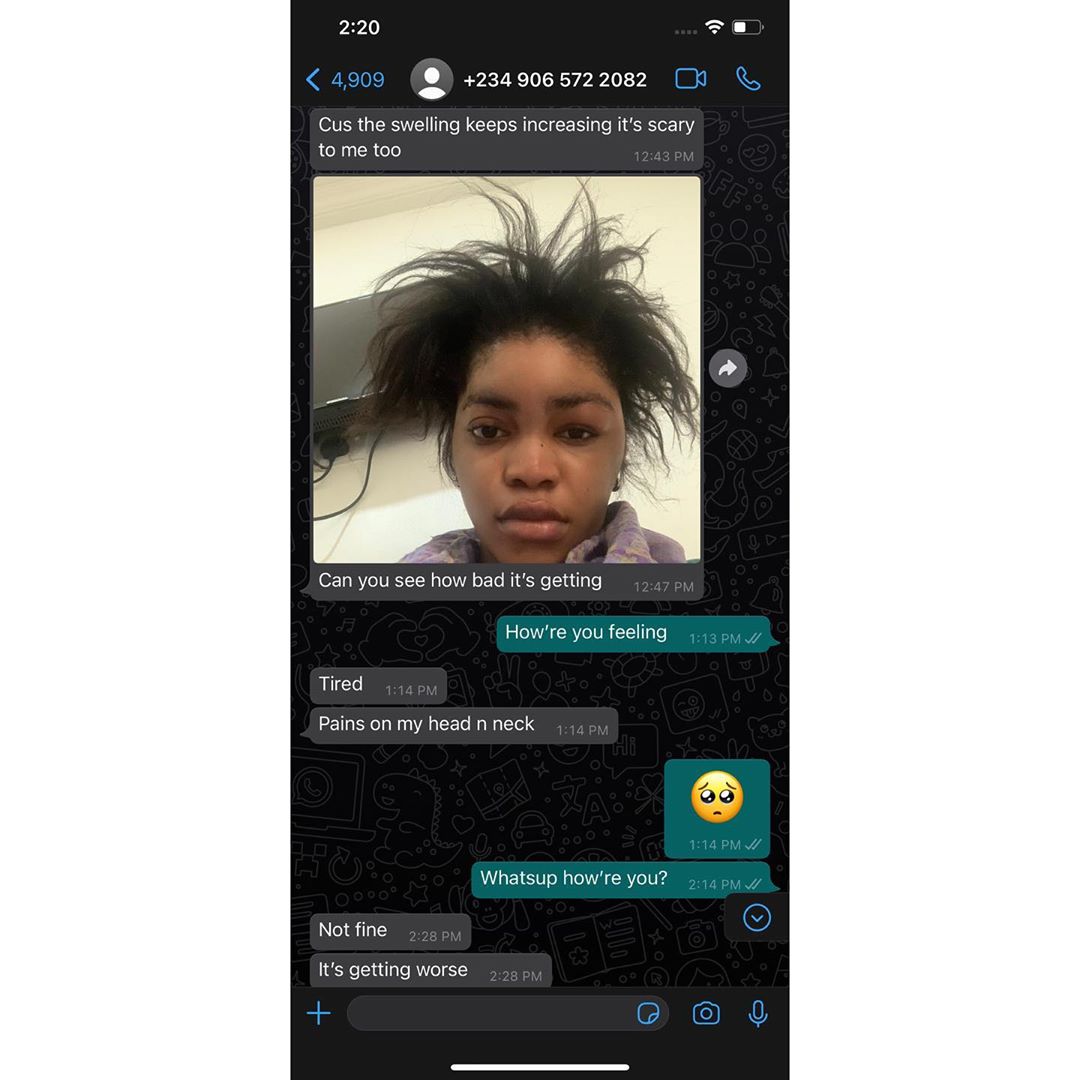 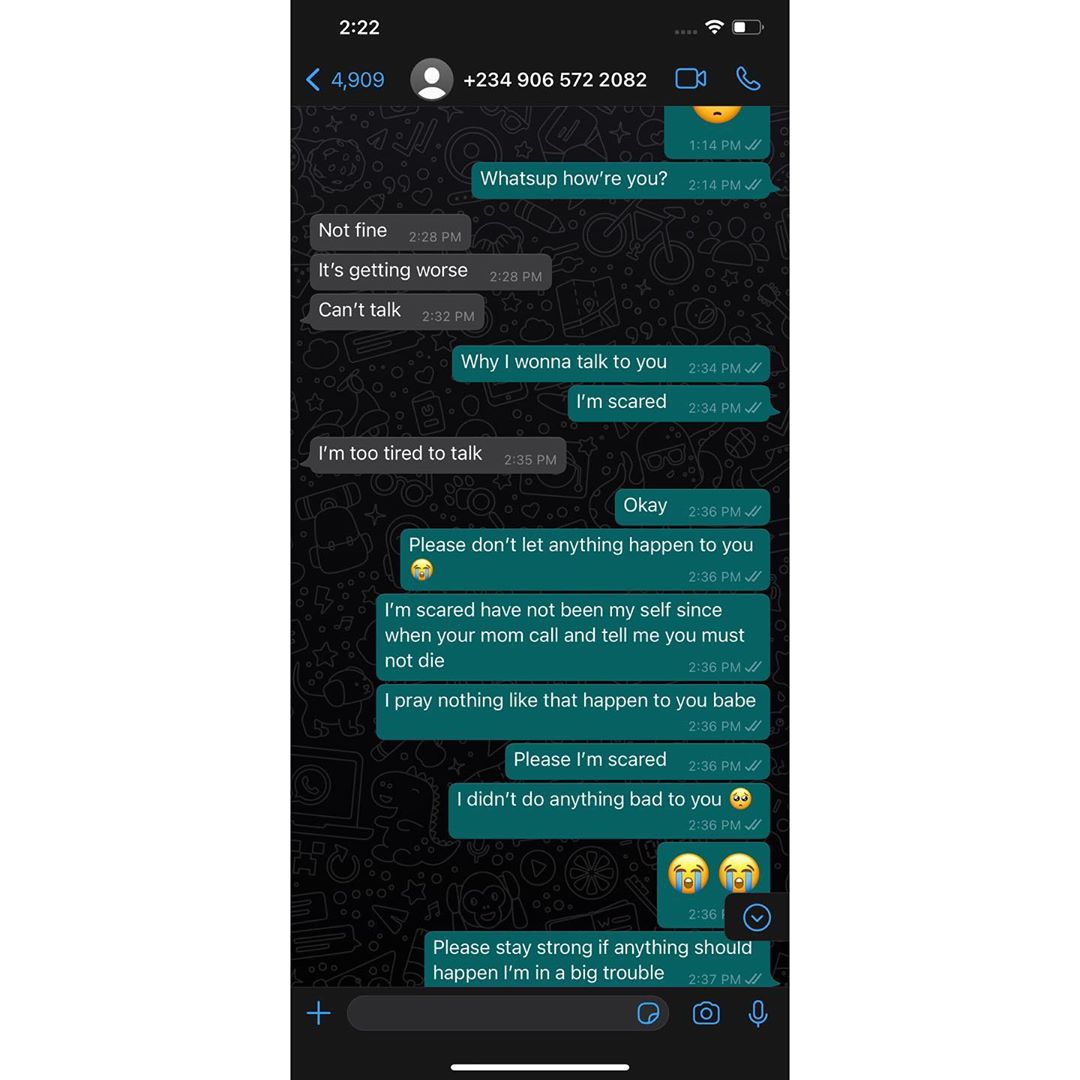 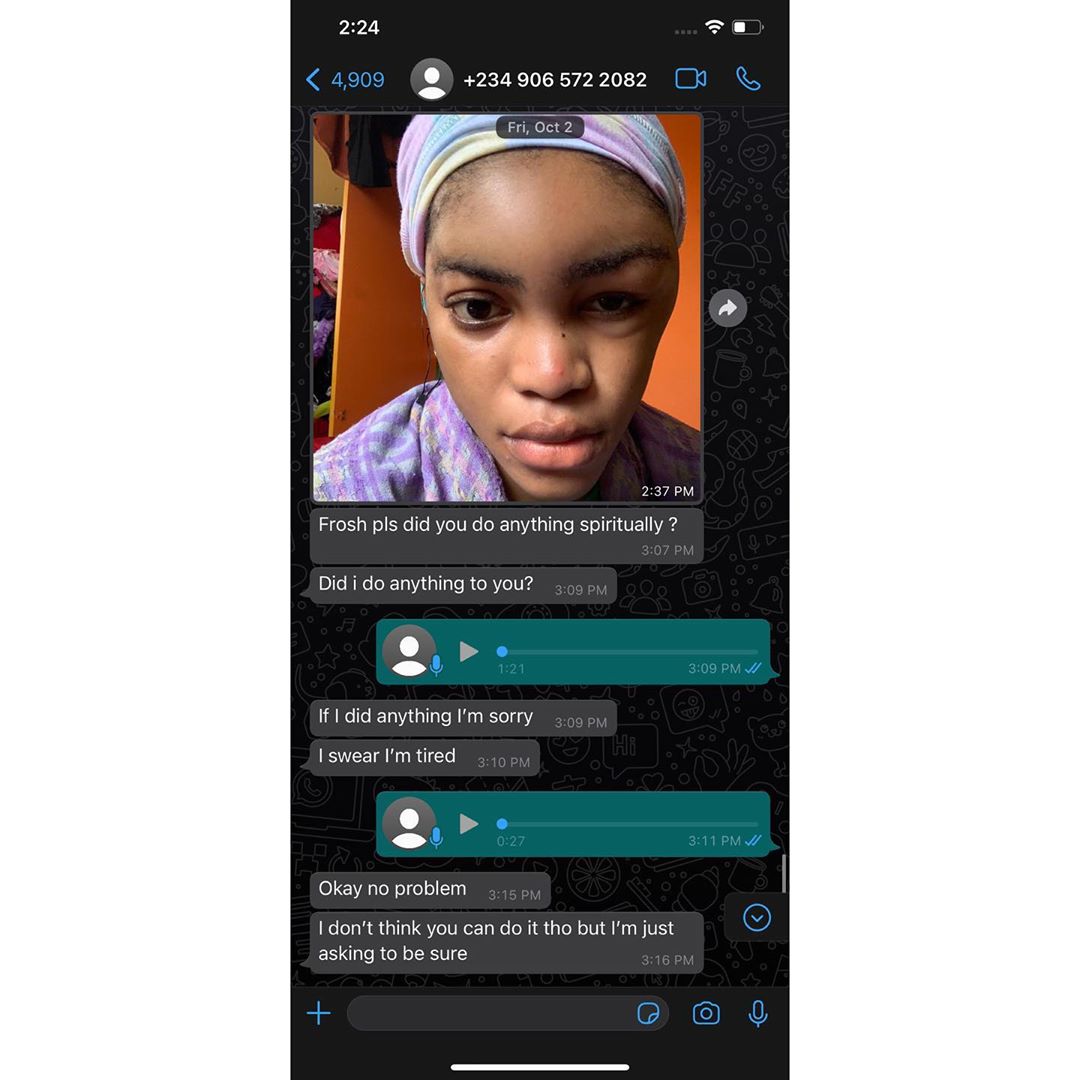 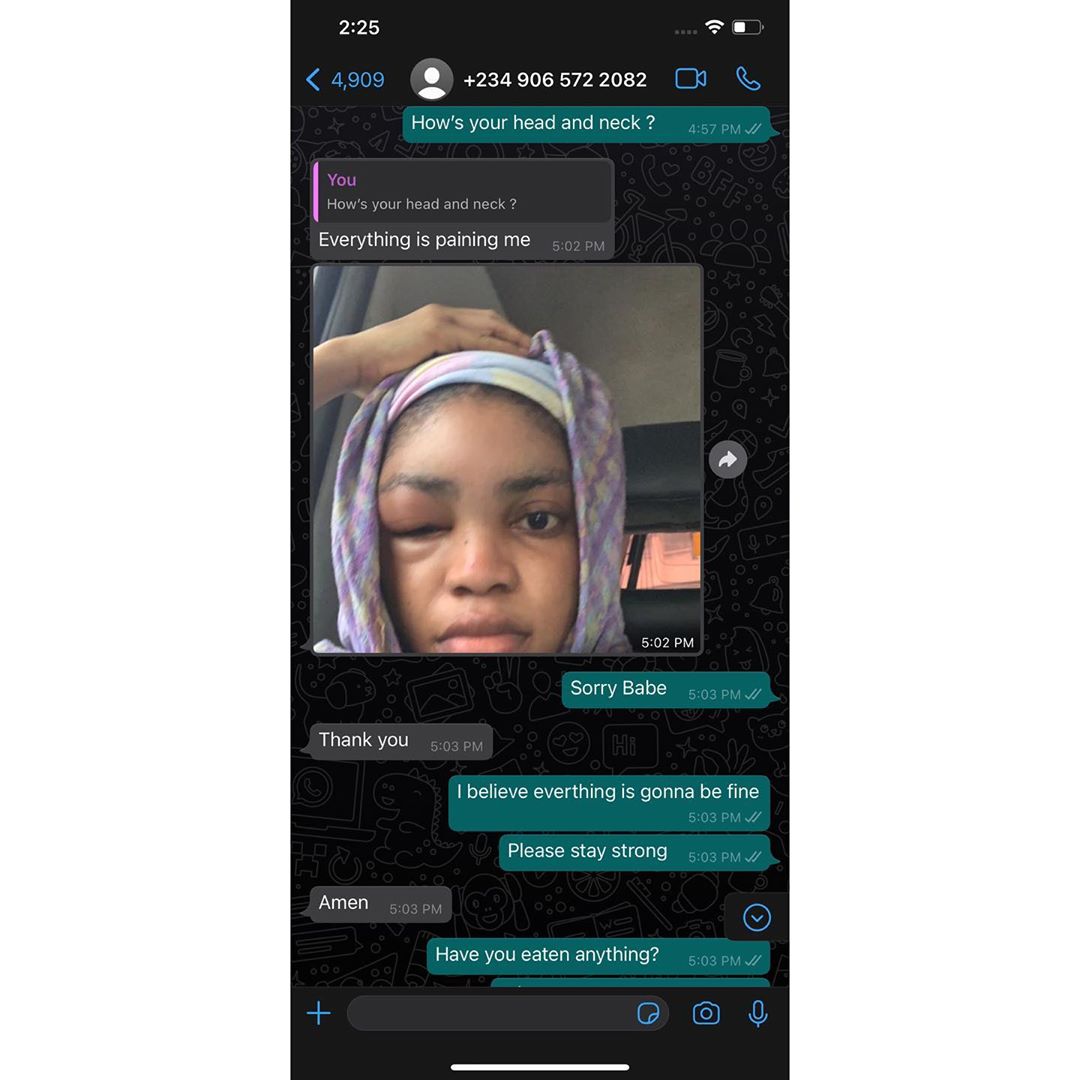 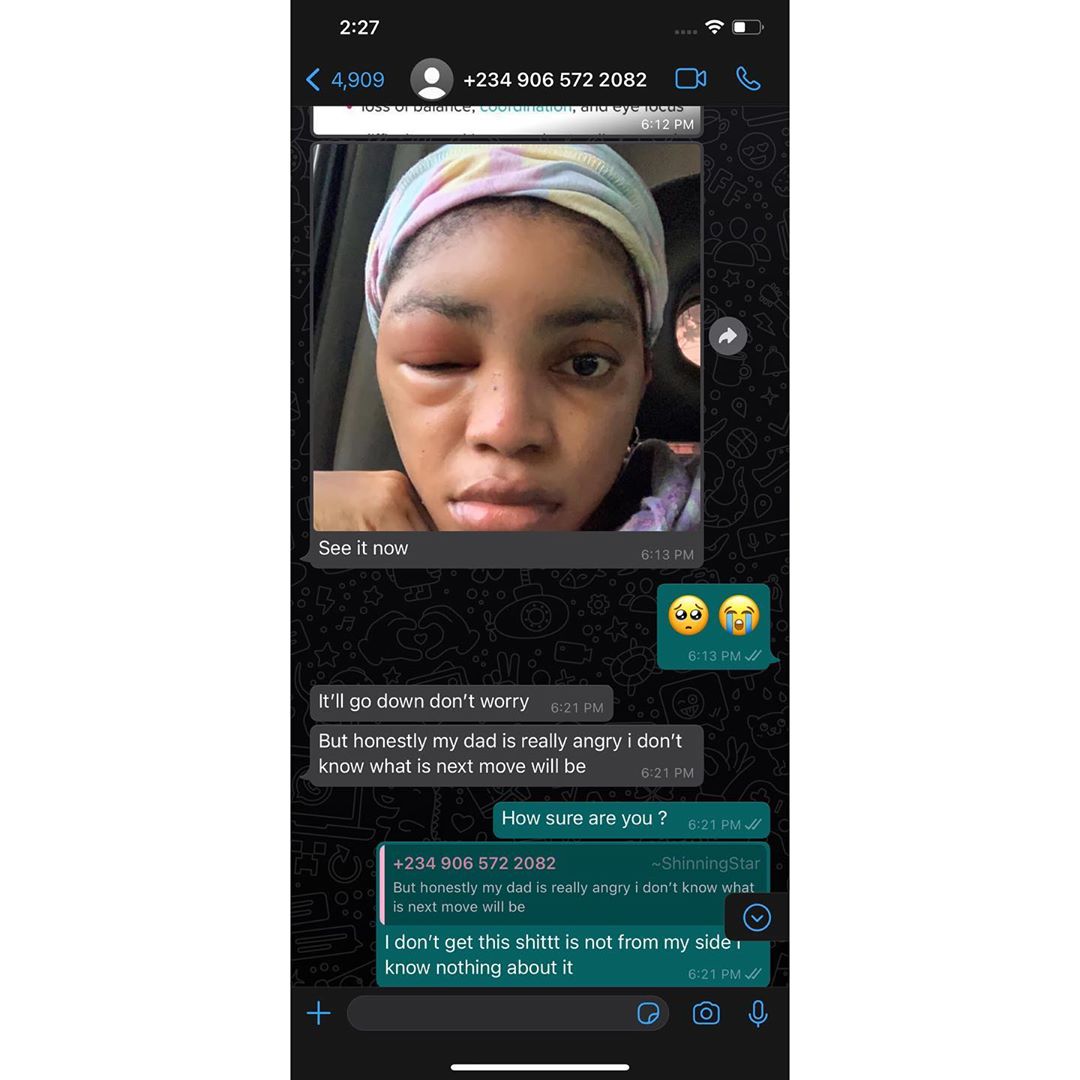 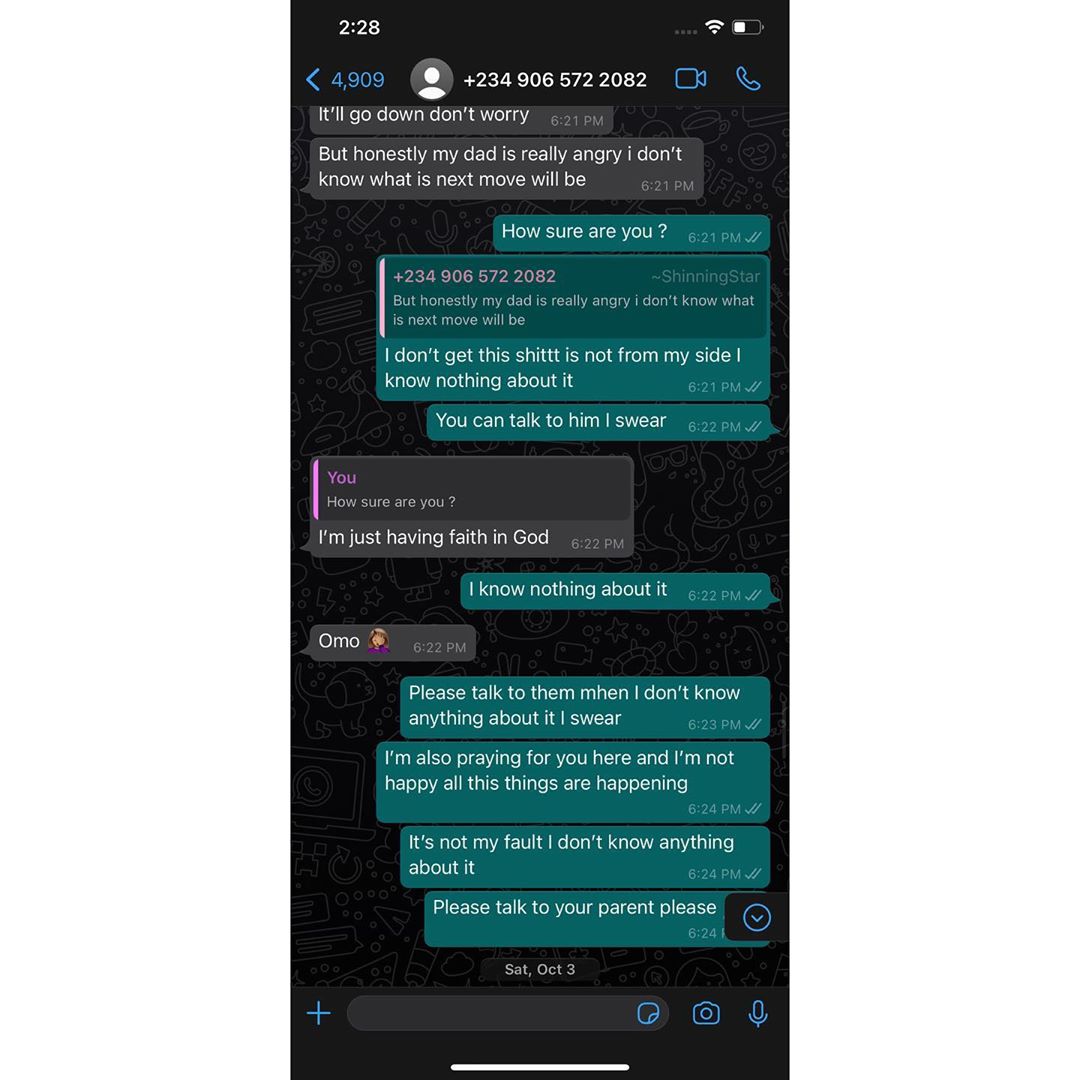 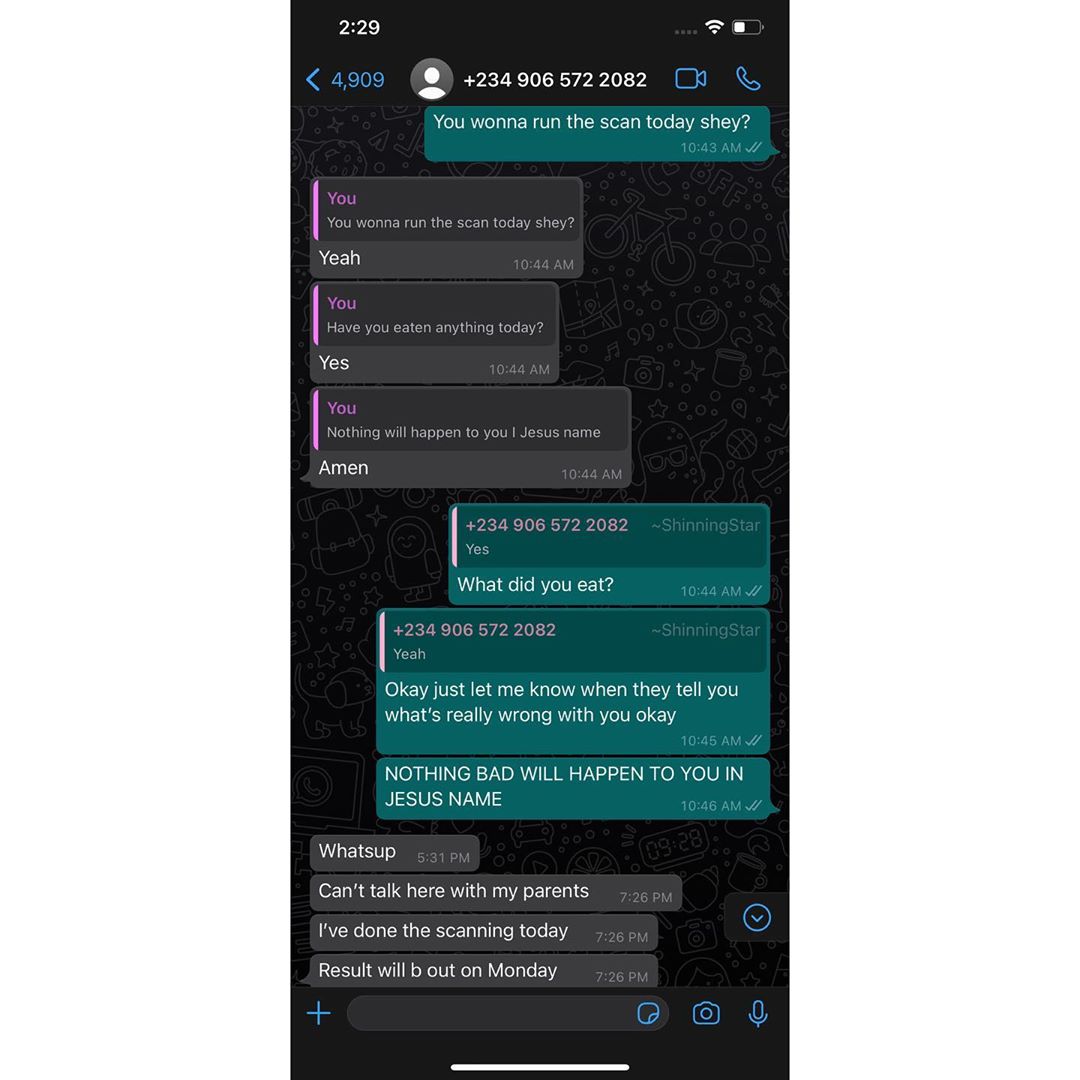 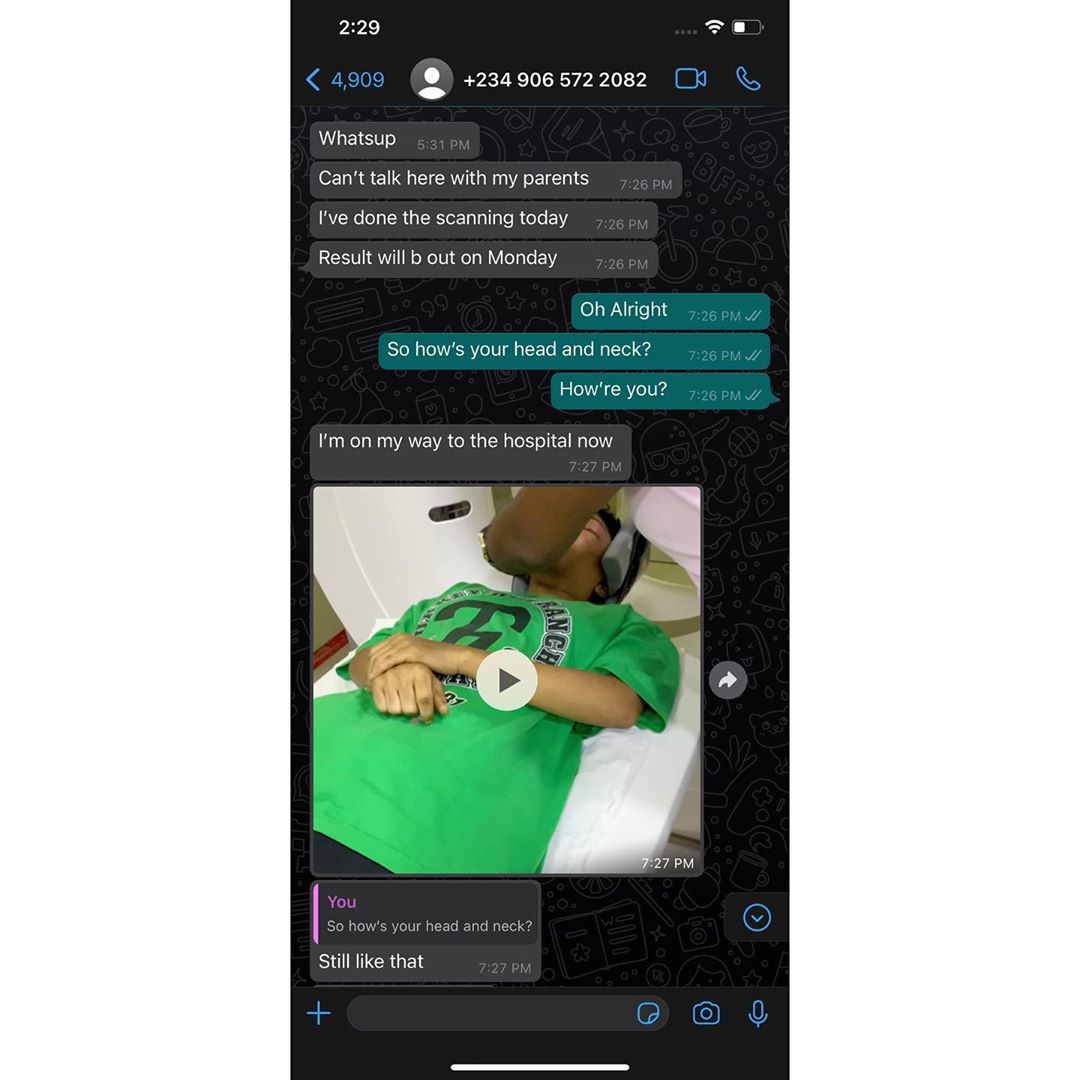 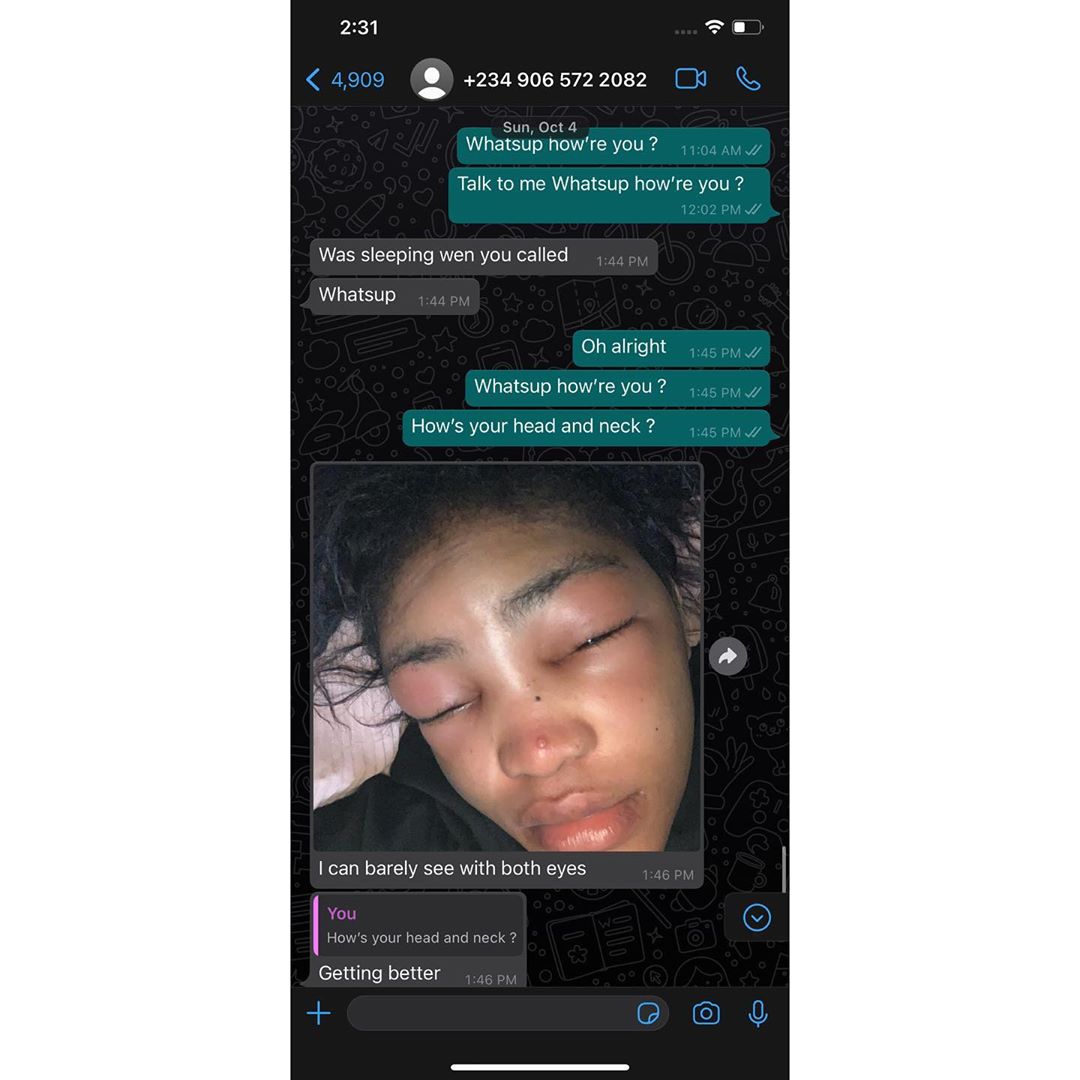 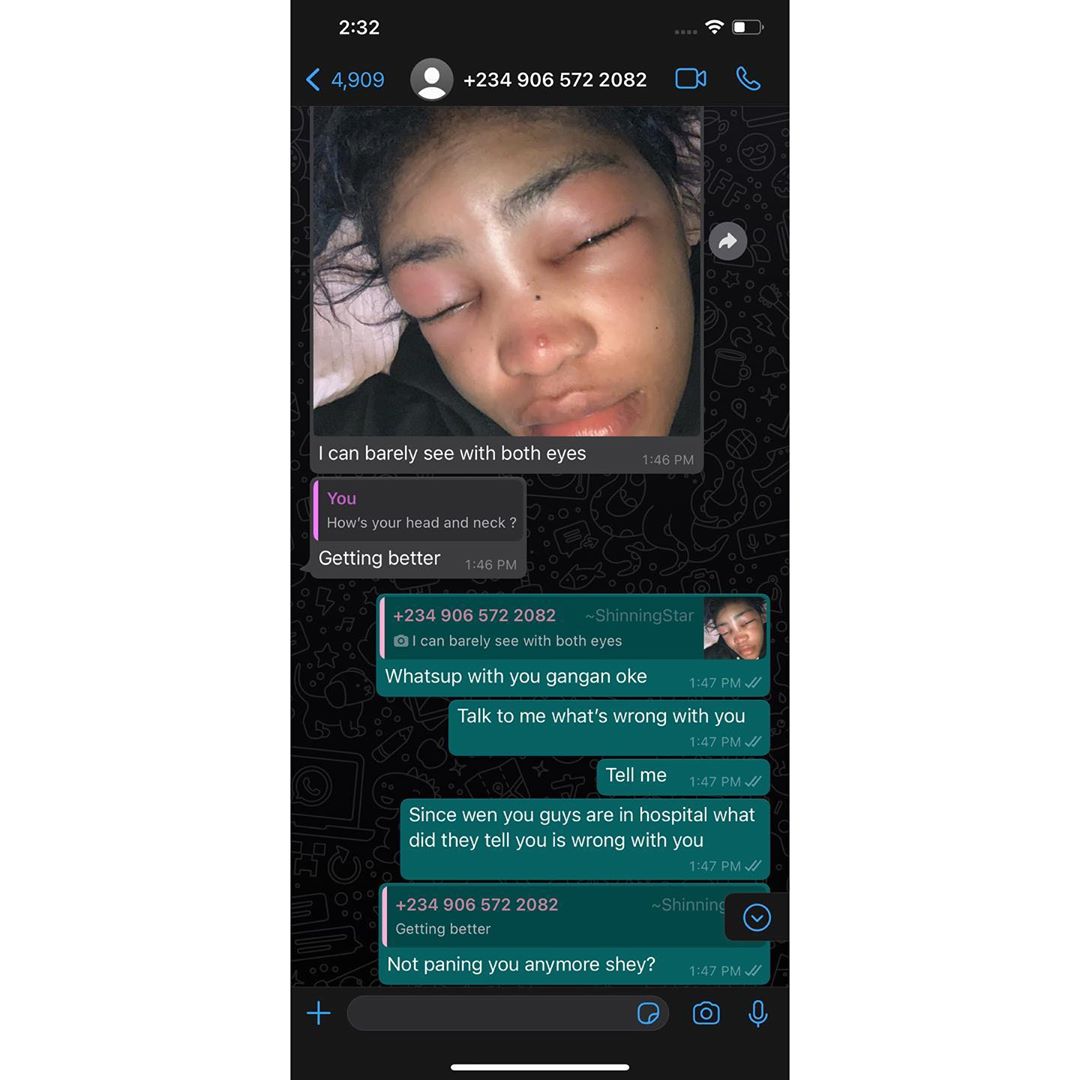 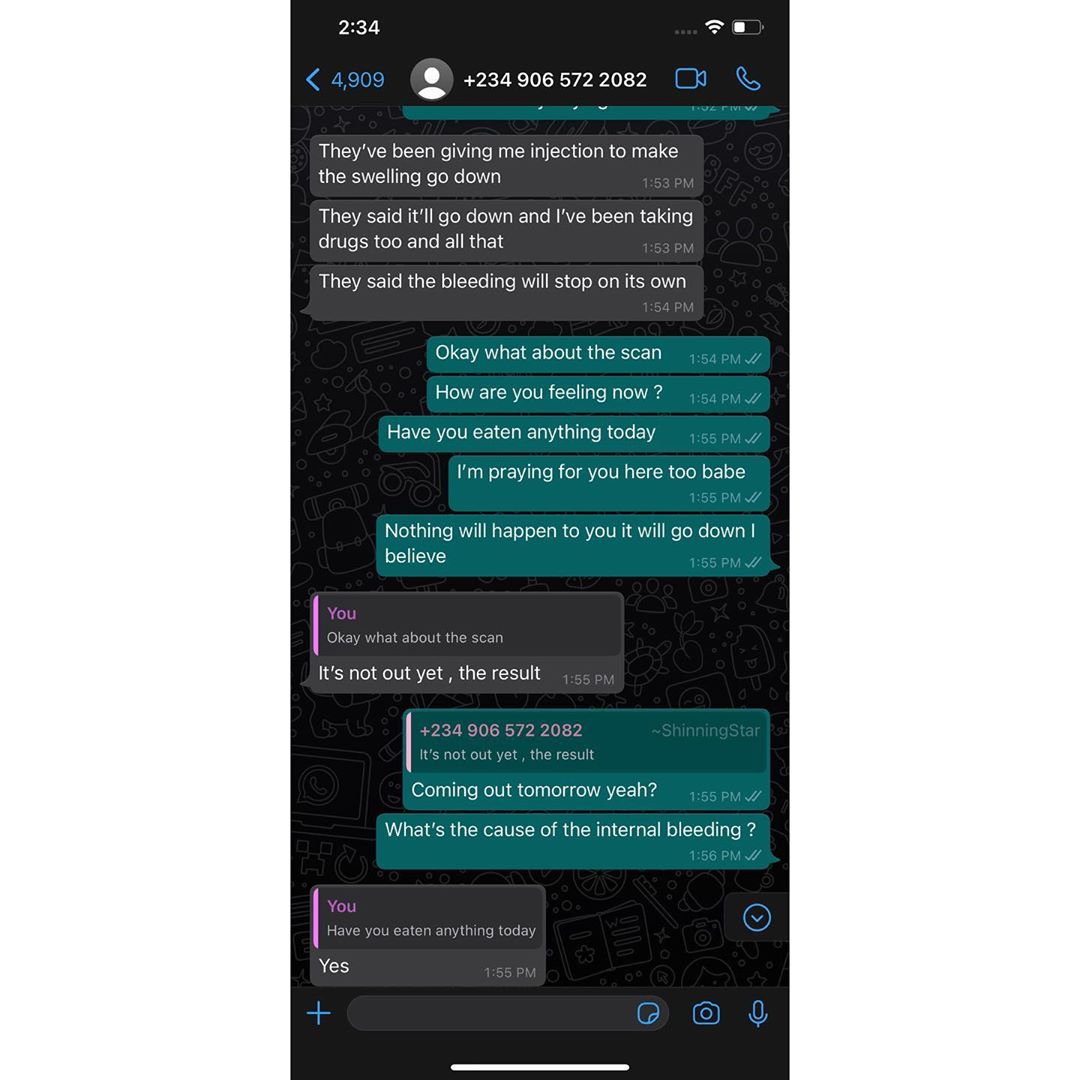 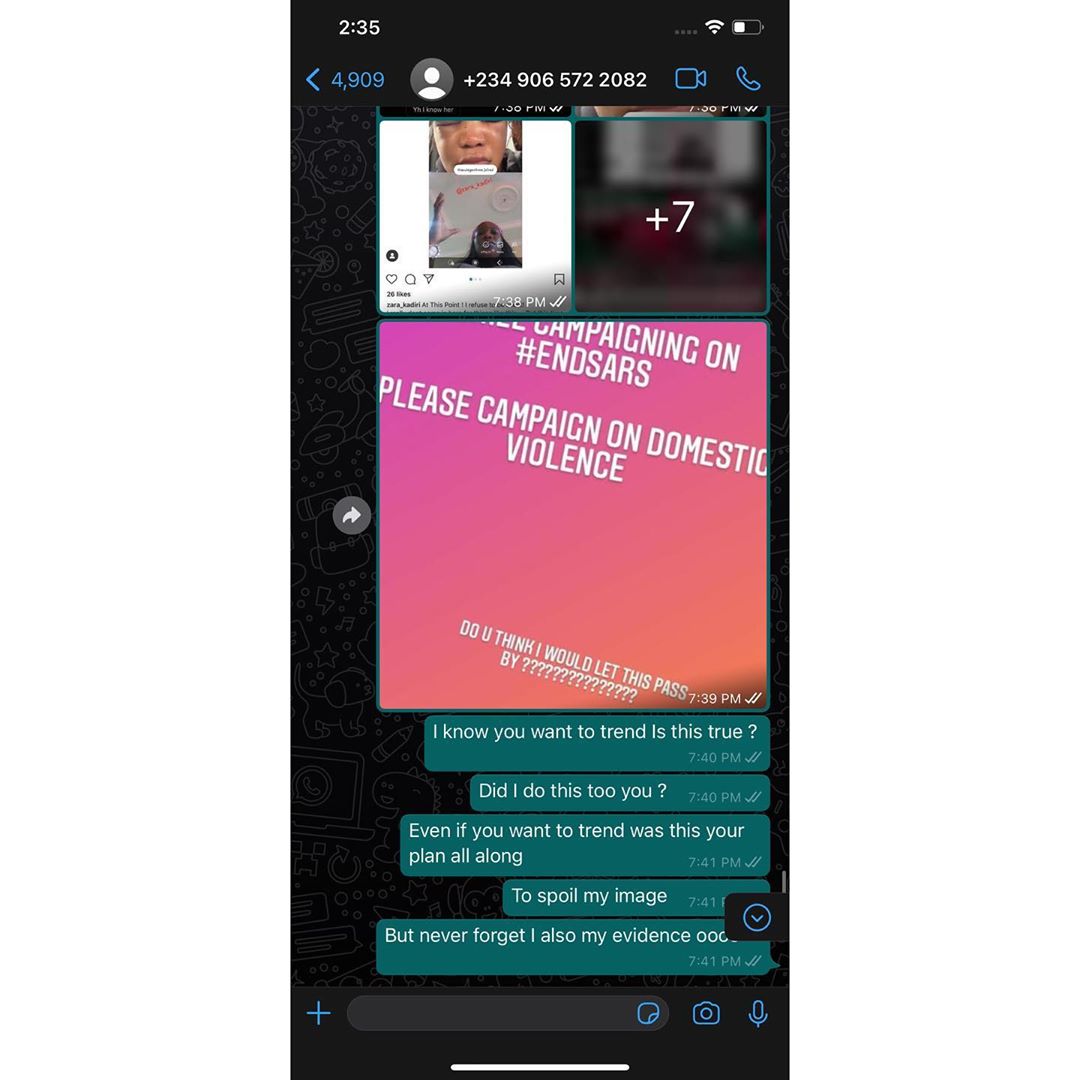 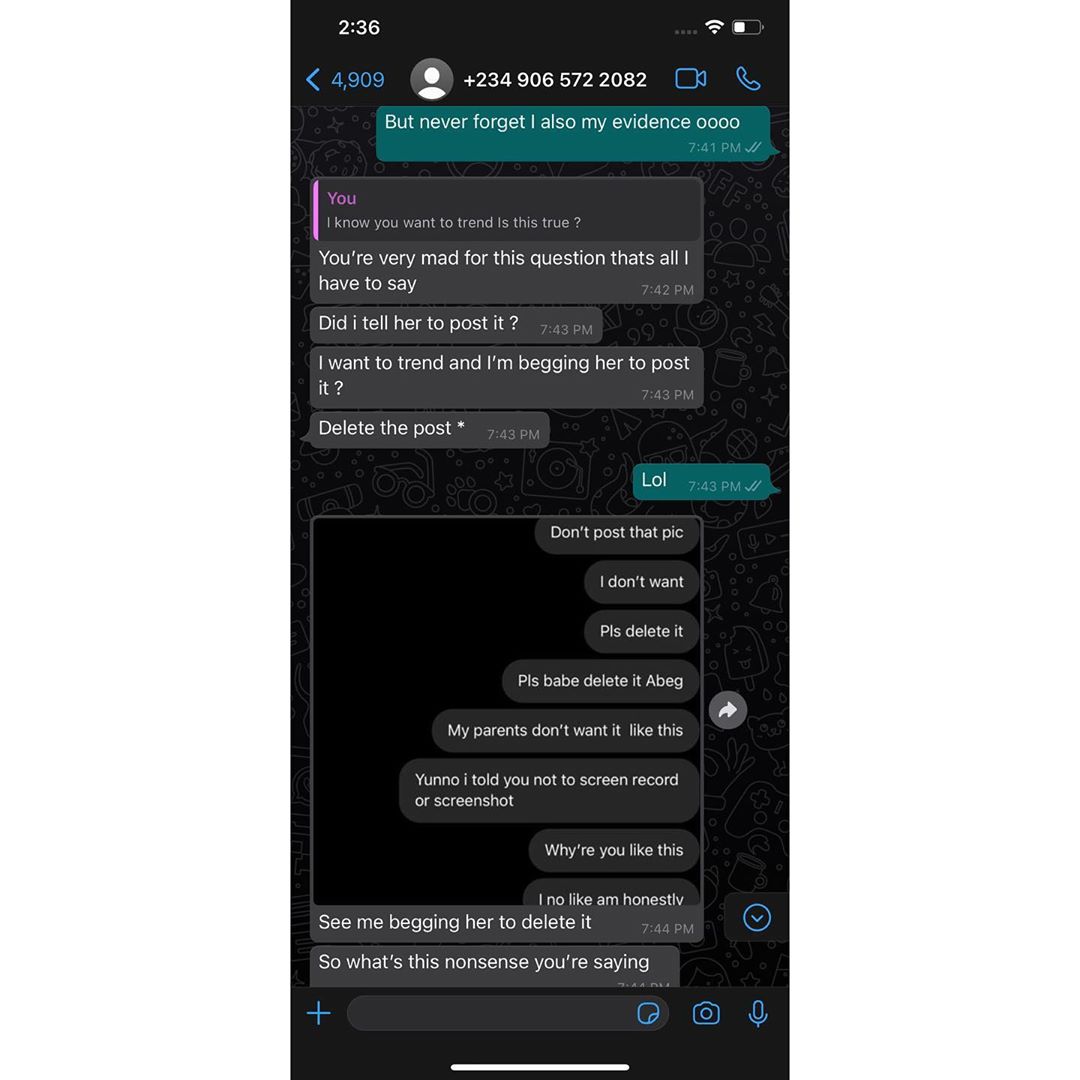