A 46-year-old man identified as Li Hua, has finally been freed after 28 years with his face stuck to his thighs.

Lin was diagnosed with a rare condition called ankylosing spondylitis (AS) when he was only 18-years-old, but luckily he is now able to stand straight again after undergoing life-changing surgery to fix his hunched back.

Over the years his condition worsened to the point where he literally became a “folding man” with his face pressing against his thighs.

Mr Hua’s family, who hails from the city of Yongzhou in Central China’s Hunan Province, did not have the money required for treatment, but his case became so severe that it attracted the attention of Professor Tao Huiren, head of spinal surgery and orthopaedics at Shenzhen University General Hospital.

He had treated people of ankylosing spondylitis before, but had never seen such a severe case. Still, he took it upon himself to help Li stand up straight again. 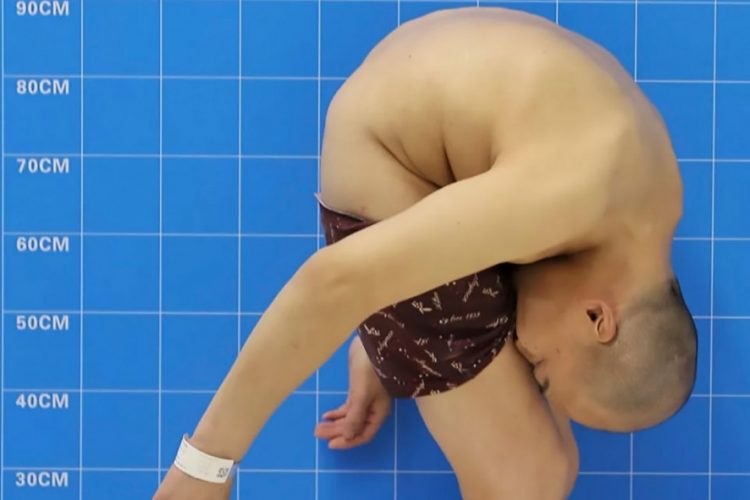 “Our only option was to break his bones one section at a time – femur, cervical vertebrae, thoracic vertebrae, lumbar vertebrae – and then straighten his entire spinal column,” Professor Huiren said. “The risks involved were 20 to 30 times that of a regular spinal surgery patient, and the chances of him becoming a paraplegic were also very high.”

Even patients suffering from extreme AS would normally be able to at least lift their head, but Li Hua could not. His severe spinal deformity was described as ‘three-on’: chin on chest, sternum on pubis, and face on femur.

Although the risk of paralysis was extremely high, doctors concluded that not operating would most likely have put Li in mortal danger, as the pressure on his heart and lungs was more than a person can bear. 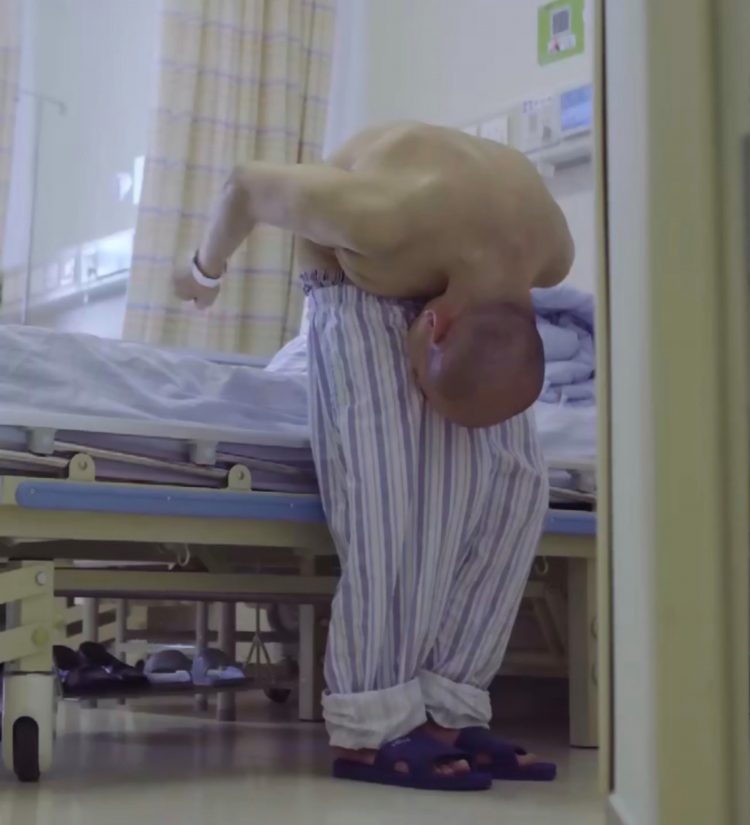 The Shenzhen University General Hospital in South China’s Guangdong Province described Li Hua’s corrective surgery as the surgical equivalent of climbing mount Everest. It was done in four phases and required breaking the 46-year-old man’s spine in several sections, straightening it out, as well as fixing his thigh bones.

Post-surgical photos of Li Hua show him walking straight with the help of a walker, which doctors say he won’t even need in the near future.

“Of course he won’t be able to do anything too extreme like boxing or playing tennis, but all regular bodily movements will not be a problem,” Professor Tao Huiren said.

Li Hua, who struggled to eat and drink before the operation, and measured only 90 cm in height, thanked the medical team who helped him stand straight again, adding that his gratitude to Prof. Huiren is second only to his mother.

“There would’ve been no cure for me without Dr Tao. He’s my saviour, and my gratitude to him is second only to my mother,” Mr. Li said. 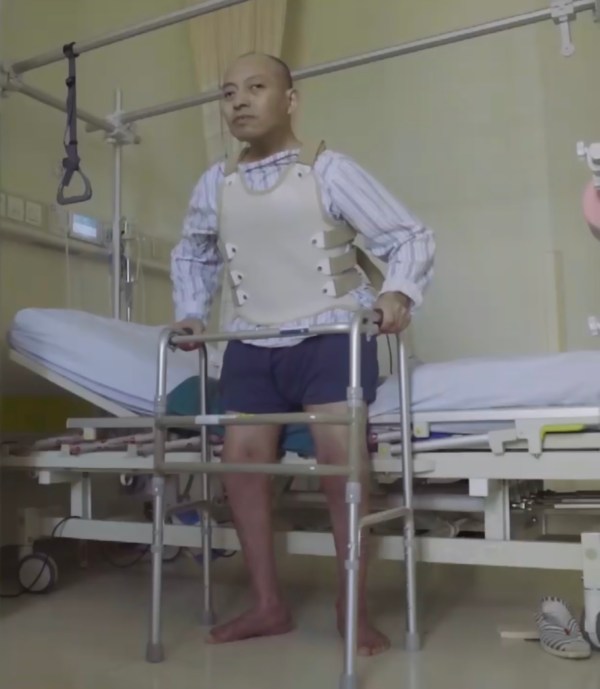 Ankylosing spondylitis is a debilitating type of arthritis that causes inflammation in the spine. The inflammation causes bone tissue to wear away, to which the human body responds by producing extra calcium to grow more bone, even where it shouldn’t.