A Nigerian man identified as Wisdom Obi Peter is currently under fire on social media after he bragged that he would rape Simi’s new daughter once she turns 18.

Yesterday Simi and her hubby Adekunle Gold officially announced the birth of their beautiful daughter, Adejare. Reacting to the news, the troll tweeted bizarre things against mother and child.

He wrote that Simi is stupid and he hoped the baby would not be like her mother before threatening to rape her when she turns 18.

Wisdom also slammed Adekunle Gold and Simi for naming their daughter, Adejare. He said it would have been better if they named her ‘stupidity’. 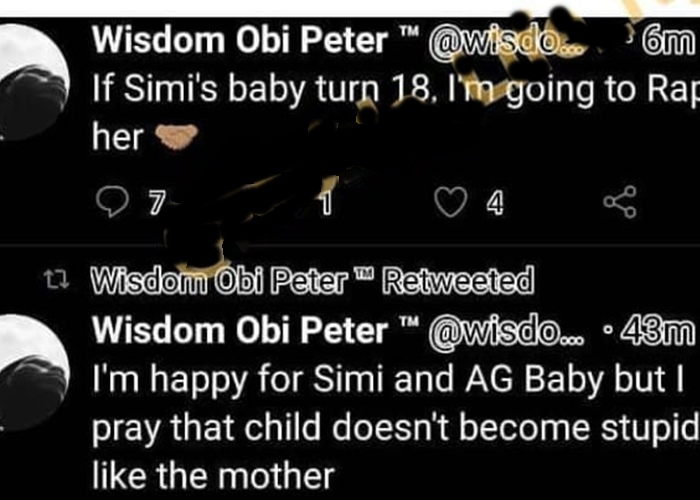 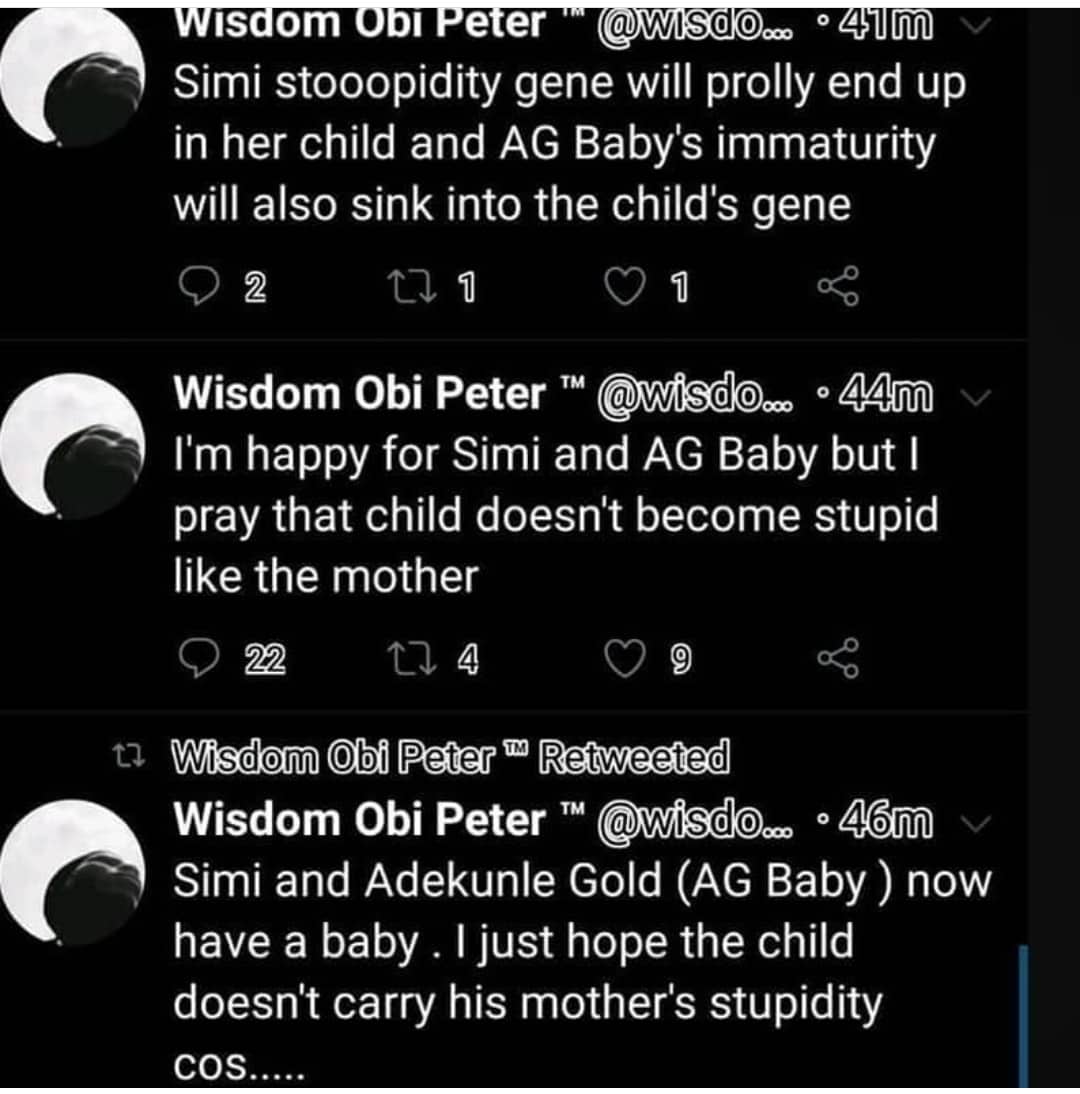 Recall that after the celebrity couple, welcomed their first child together, the new mum took to Instagram to express her excitement saying that she is feeling is unending, soul snatching and infinite.