A man has taken to Twitter to share the heartbreaking biography of his late aunt who suffered multiple tragedies after her ‘kind’ act to a relative backfired.

According to Twitter user @Mr_Blavo, his aunt named Barbara brought a distant cousin from Ghana to the US to assist her after the birth of her second child.

The cousin named Ama was to stay for 6 months as indicated by her visa, however few days to her visa expiration date, she allegedly ran away from the house and went to the immigration office to “lie” that she was forcefully brought to the US to work as Barbara’s slave.

Ama laid hefty allegations on Barbara and she was brought before a court where she was sentenced to 5 years in jail and was deported to Ghana after serving her jail term.

While in jail, she developed several ailments and had to undergo 2 open head surgeries because she also had a brain tumor. She eventually died on August 19th, 2021 in Ghana and was buried on Friday, September 10.

As for Ama, she was granted a residency permit in the US and her husband and kids were also brought to the US following claims that they might face persecution if they remain in Ghana.

According to @Blavo, Ama also had a tragic ending as she and her husband are both blind and she suffered a stroke that has left her paralyzed in the States.

Read the story below. 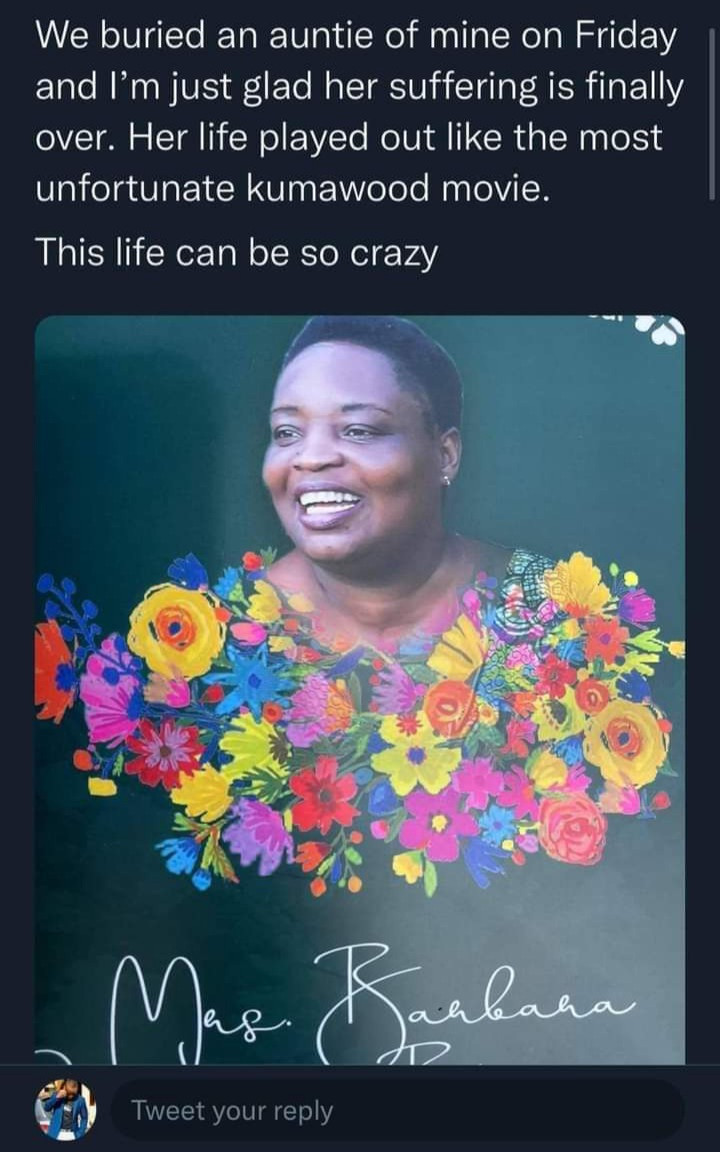 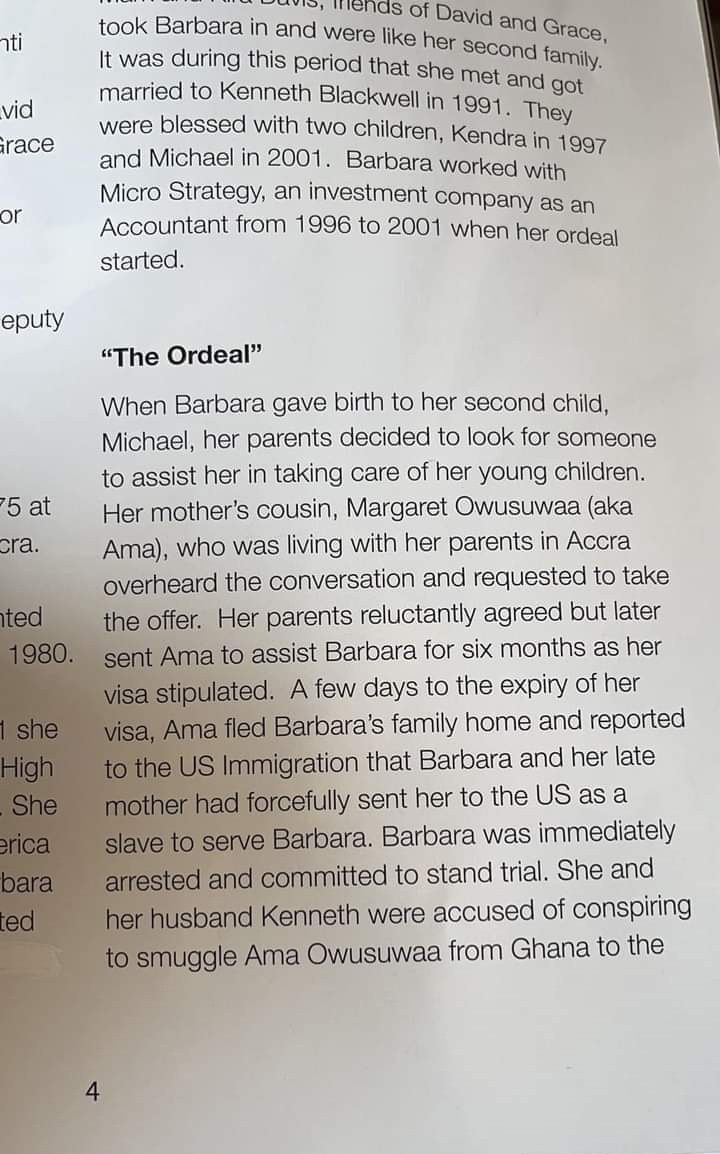 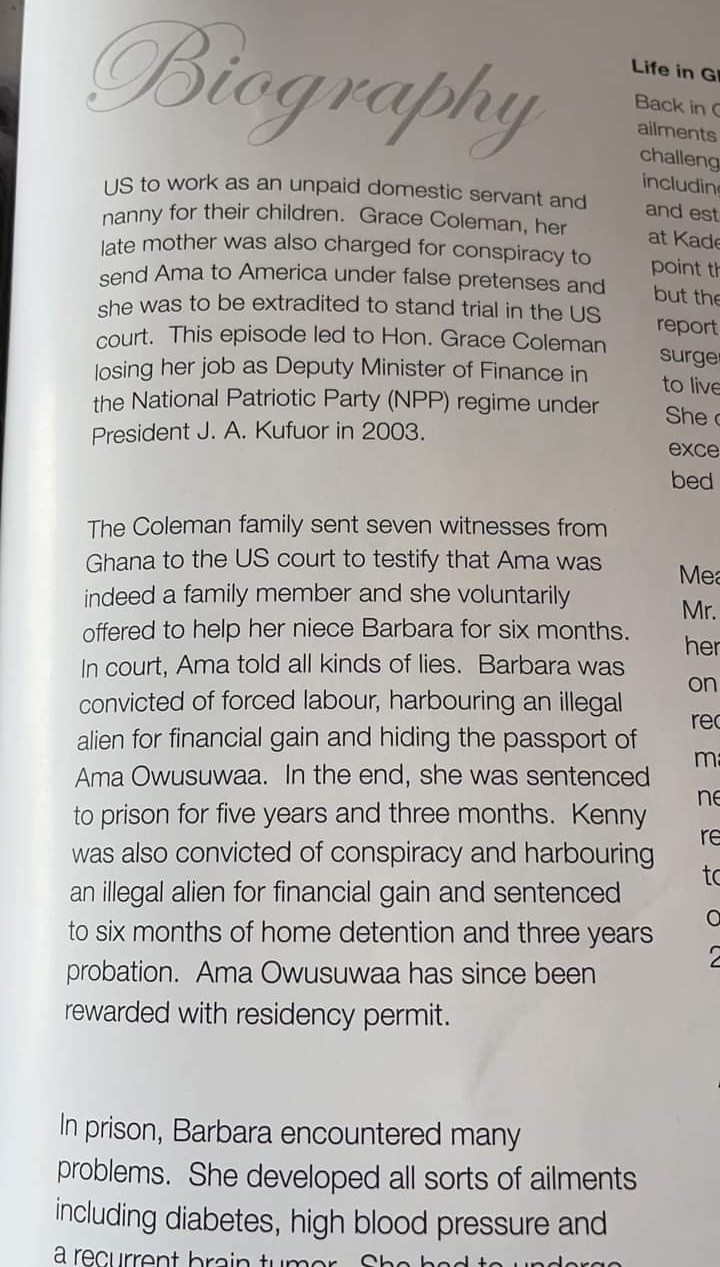 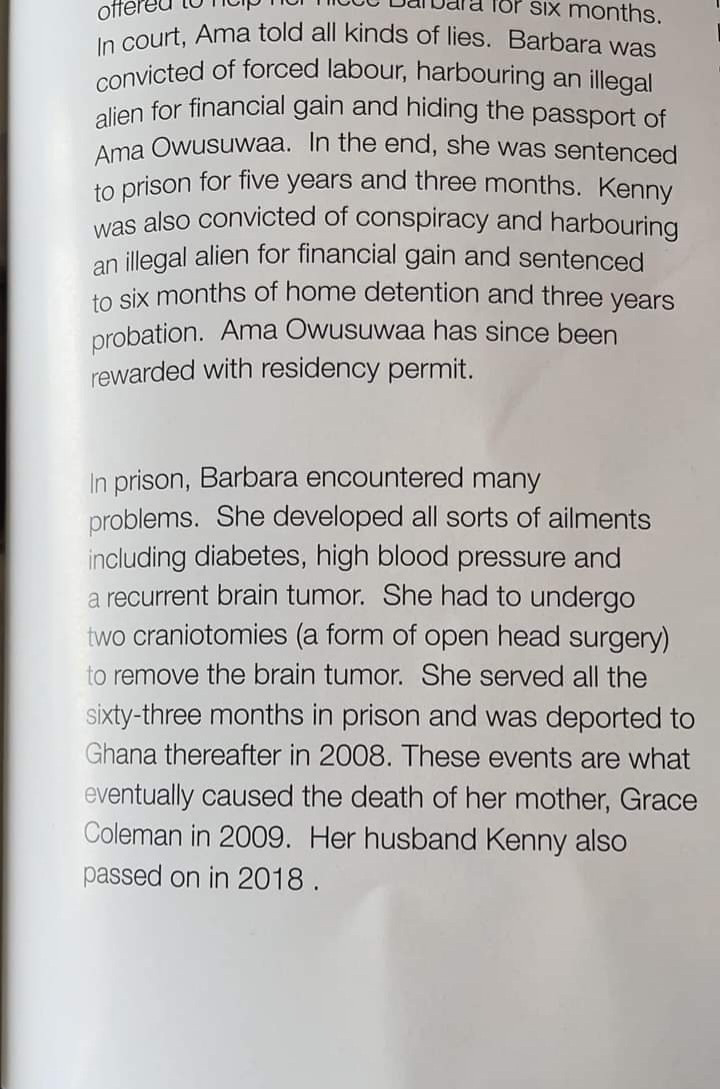 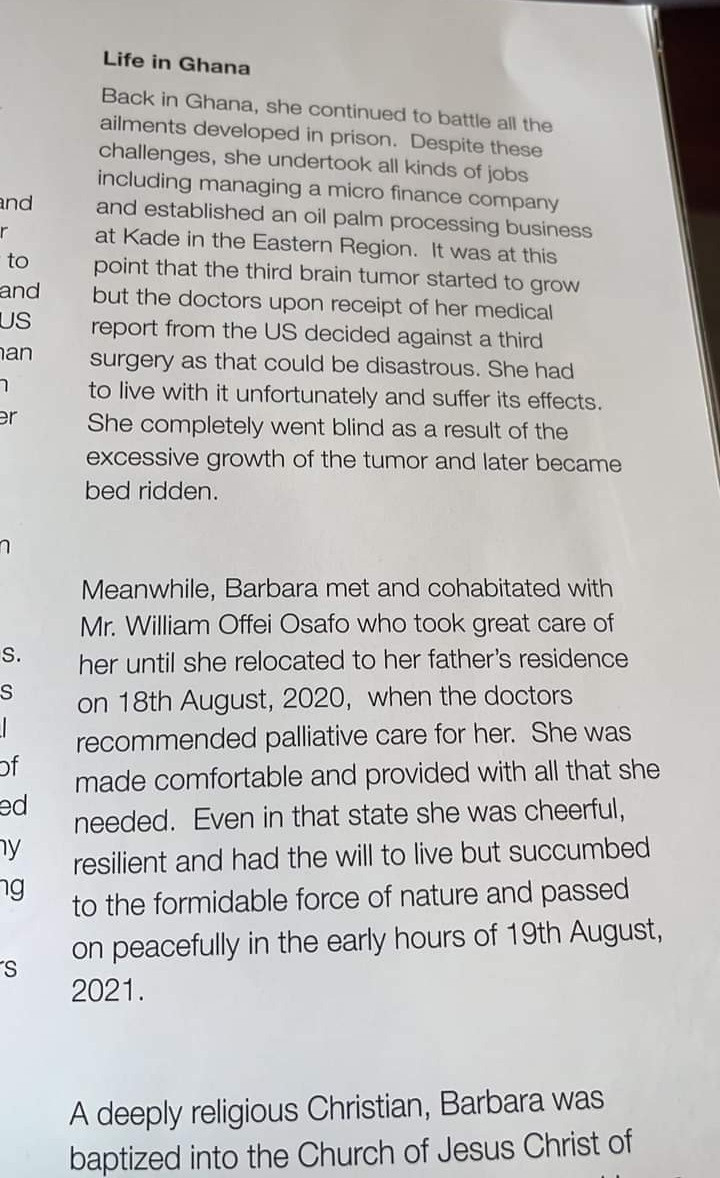